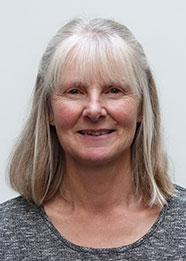 Dr Heather Parker graduated with an Honours degree in Cellular & Molecular Biology from the University of Canterbury in 2003, she then completed her PhD in the Helicobacter Research Group at the University of Otago, Christchurch in 2007. Since then she has worked at the Centre for Free Radical Research. She is experienced in microbiology, cell biology, fluorescence and electron microscopy, and flow cytometry.

Dr Parker is Postgraduate co-ordinator for the Department or Pathology and Biomedical Science and student liaison within the Centre for Free Radical Research. She has co-supervised two PhD students, three Master’s students, one Honour’s student and six summer students. Dr Parker has a passion for students and their learning and welfare.

Dr Parker’s area of research focus is the neutrophil, in particular how neutrophils use oxidants, such as bleach, to kill bacteria. In addition, she is interested in the mechanisms used by bacteria to evade neutrophil killing. Currently,

Dr Parker is studying how the bacterium Mycobacterium smegmatis, a close relative of the significant human pathogen Mycobacterium tuberculosis, protects itself from killing by neutrophils. She is also involved in research to understand how Streptococcus pneumoniae protect themselves from the damaging effects of neutrophil-derived oxidants. She has also been involved in studies on the role of oxidants in the formation of neutrophil extracellular traps (NETs), structures released by neutrophils that can trap and kill bacteria.