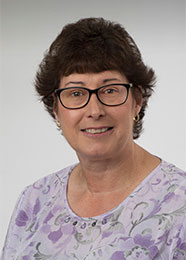 Helen Morrin, from the Department of Pathology in Christchurch, has won the 2013 Award for Exceptional Performance by a member of the General Staff. The award is open to all University of Otago general staff.

Helen has worked for the University for 16 years, and has a unique role as Curator of the Cancer Society Tissue Bank.

The Vice-Chancellor says during her time in this role, Helen has demonstrated a high level of ethical, scientific, personnel, financial and managerial skills which have led to the provision of a world class cancer sample biorepository.

"She has demonstrated excellence in her field both in New Zealand and internationally and raised awareness of the processes and problems associated with banking human tissue at the University and governmental levels,'' Professor Hayne says.

A presentation ceremony will be held to present the award.