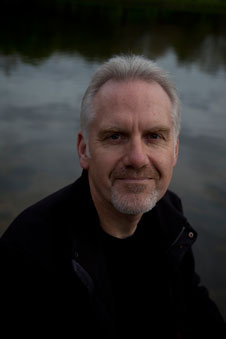 There is a high chance of the spread of potentially life-threatening diseases such as gastroenteritis and cholera in post-quake Nepal, but New Zealanders can play their part in saving lives, says an infectious disease expert in Nepal when the disaster struck.

Professor David Murdoch is a world-renowned microbiologist and head of the University of Otago, Christchurch’s Pathology Department.

Over the past two decades, Professor Murdoch has worked and conducted research studies in Nepal, including providing evidence to establish a national pneumonia vaccination for children. He is also a board member of the Himalayan Trust, set up by Sir Edmund Hillary.

Professor Murdoch was in Kathmandu to work and teach at Patan Hospital when the magnitude 7.8 earthquake hit.

He says that hospital had a disaster plan for such an event which they had practiced last year, and in the days following were coping extremely well considering the scale of the disaster.

Food, fresh water and safe shelter were likely to be in short supply both in the city and rural areas. In such situations with displaced populations, the spread of diseases such as cholera and gastroenteritis is a common occurrence, Professor Murdoch says.

Ongoing financial assistance to help provide these basics could minimise the spread of disease and further death.

Professor Murdoch says far richer countries than Nepal would struggle to deal with a natural disaster on the scale of the recent earthquakes.

He flew out of the country several days after the initial earthquake.

“It was one of the hardest decisions of my life. It was gut-wrenching. My connection with Nepal is deeply personal and a large part of me wanted to stay behind, but I hope I can do more good by being in New Zealand through activities of the Himalayan Trust.’’

Some charities collecting donations are the Himalayan Trust, Red Cross, Oxfam and Save the Children.