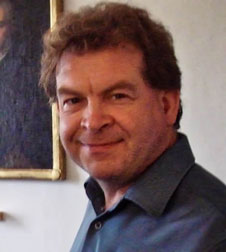 In a New Zealand first, University of Otago, Christchurch, researchers have analysed nicotine levels in infants’ hair to get a true measure of the impact of passive smoking on respiratory problems.

The researchers found 15-month-olds with high levels of nicotine in their hair were twice as likely to have asthma or recurring problems with wheezing. Wheezing is one of the most common causes of hospitalisation for young children.

A few of the children had similar levels of nicotine in their hair, from passive smoking, as have been recorded in the hair of adult smokers.

Researchers, led by paediatrician Professor Philip Pattemore, recorded nicotine levels in the hair of almost 400 infants at 15 months old. The children are part of the ongoing New Zealand Asthma and Allergy Cohort Study, which is focused on understanding the environmental associations with asthma and allergies from birth. In this part of the study the children were studied from birth to six years of age.

In addition to sampling infants’ hair, Professor Pattemore’s team asked the children’s family members about their smoking habits during pregnancy and the early years. One in five mothers said they smoked at some stage in pregnancy. One in 10 mothers said they smoked throughout pregnancy. One in three children at age 15-months were in a home where at least one smoker had one or more cigarettes a day.

Professor Pattemore says he hopes the findings can educate smokers on the true impact of passive smoking on children’s respiratory health.

“We are not trying to blame parents who smoke as they often struggle with stress and addiction – I think the tobacco industry bears the blame for marketing smoking to young people. However I think parents would want to be informed of an important risk to their children’s health. This study is an important objective confirmation of the effects of smoking around children, and highlights the importance of parents stopping smoking for their children’s health as well as their own.”

Professor Pattemore says traditionally studies of the impact of second-hand smoking on children have relied on parents’ reported levels of smoking. This is often inaccurate and doesn’t include factors such as how close the children are to the smoking, for how long and how often. Hair analysis sums up the total exposure to nicotine which is breathed in through the lungs, absorbed into the bloodstream and incorporated into the hair as it grows.

He says some infants whose mothers smoked during pregnancy but stopped after their birth still had high levels of nicotine in their hair. This suggests that the effects of a mother’s smoking during pregnancy on breathing and asthma may endure long after the baby is born, as many other studies of parent-reported smoking have found.