Education key to hauora and success 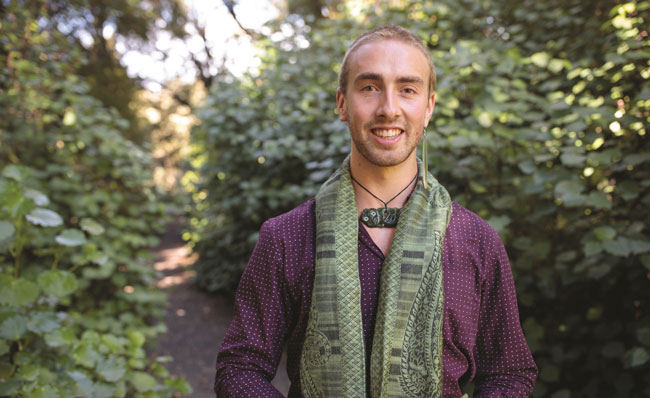 A Christchurch medical student is playing a key role in a Ngāi Tahu-backed initiative to keep rangatahi (youth) from the West Coast in education.

Matt Sollis (Ngati Waewae) is a fifth-year medical student at the University of Otago’s Christchurch campus. He will be the first person from Ngāti Waewae runanga to graduate as a medical doctor.

Whānau is hugely important to Matt. He grew up in the bosom of the Arahura marae on the West Coast of the South Island. Whānau support and encouragement has helped and sustained him on his journey to become a doctor.

“It’s such a privilege. I feel that my whānau are behind me. It makes me very motivated to give back where I can.”

"I feel that my whānau are behind me. It makes me very motivated to give back where I can."

Matt says, in his view, a lack of educational achievement is one of the biggest issues facing Māori.

“The stats are pretty poor for Māori passing NCEA, and getting into and staying at university. It’s a big issue for Ngāi Tahu, and particularly the West Coast.”

As part of his desire to give back, Matt is part of a Ngāi Tahu-backed initiative on the West Coast. The initiative is called Tuia Te Tai Poutini and is for Year 11 to 13 Māori students. It aims to engage rangatahi so they feel a connection to their turangawaewae (standing place) and the people of that place. The rangatahi attend five sessions throughout the year, each focused on a different aspect of Māoritanga. At the final session, rangatahi are presented with a pounamu.

Matt is a keen gardener and advocate of the environment’s ability to anchor people and improve their well-being. He spoke to rangatahi at one of the sessions and focused on whenua (the land) and the environment.

“It talked about my experiences, told my story, and took them to see my garden.”

Matt says he has received a lot of support from the Māori/Indigenous Health Institute (MIHI) at the University of Otago, Christchurch. MIHI has developed a Hauora Māori curriculum for medical students that has been adopted in medical schools around the New Zealand and the world.

“They have helped open my eyes about how to be a better doctor, and a better Māori doctor.”

Matt says he hopes one day he can help young Māori and inspire them to stay in education and achieve for themselves and their whanau as he is now trying to do.