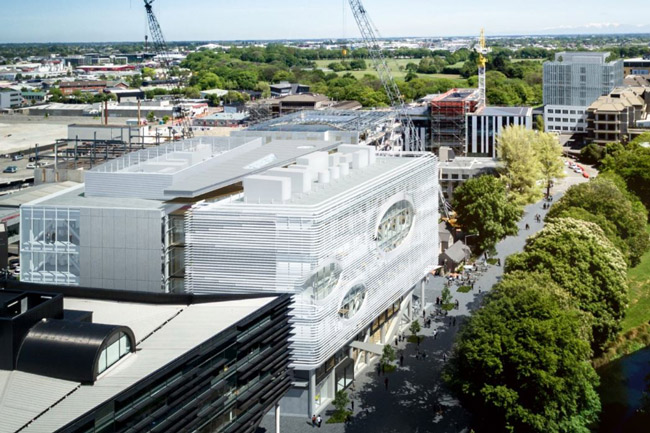 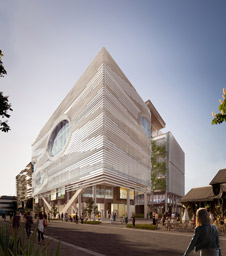 The University of Otago has announced it will construct a new state-of-the-art building to expand its Christchurch health campus.

The building will cost an estimated $150 million and be the biggest construction project the University has ever undertaken.

When the six-storey building is completed in 2022, it will house much of the health campus’ research facilities, and open up the possibility of other University of Otago courses being taught there in future. After the new building is completed, the University will refurbish the campus’ existing main building on the Christchurch Hospital site.

The proposed new Christchurch building is part of an almost half-a-billion-dollars-worth of construction investment the University has underway or has recently completed. Other major projects include a $130 million project to rebuild and expand New Zealand’s national dentistry centre in Dunedin; a new bespoke dental facility for Counties-Manukau in Auckland; a new Research Support Facility in Dunedin; a new Music, Theatre and Performing Arts centre; and refurbishment of many of the University’s College of Education buildings in Dunedin.

"We have had a very successful health science campus in Christchurch for 45 years. This investment shows our commitment to our campus, the city of Christchurch, and its people."

“We have had a very successful health science campus in Christchurch for 45 years,” she says. “This investment shows our commitment to our campus, the city of Christchurch, and its people.”

The University of Otago’s Christchurch campus is a training base for Medical students in their three clinical years. It is also a highly research-intensive campus, hosting a number of world-class research groups and postgraduate health science students. There are currently more than 1,000 students studying at the Christchurch campus.

The Vice-Chancellor says the University purchased a site on Oxford Terrace, close to Christchurch Hospital and its existing building, in the wake of the 2011 earthquakes. It has been considering options for growing the Christchurch campus for several years, and more recently a substantial business case was finalised. This week the University’s Council voted to approve the business case’s recommendations and move the Christchurch building project beyond the current concept design stage. This phase is where the cost and design of the building will be firmed up. The new building will be on the Oxford Terrace site.

The new building will house the campus’ laboratories and most of its health research groups, including specialist radiology equipment such as the MARS scanner, co-invented by a University of Otago, Christchurch Professor, and MRI machines for studying neurological diseases such as Parkinson’s disease. This building will also be home to groups commercialising their health science discoveries.

When the new building is completed, the existing building will be used primarily for teaching activities and clinical research projects involving Christchurch Hospital staff and patients.

Dean of the University of Otago, Christchurch, Professor David Murdoch says the new building will create a true campus feel for staff and students, with the two buildings less than a minute’s walk from each other. It will contain an adaptable lecture theatre for teaching, public events, and to bring staff and students together for learning and collaboration.