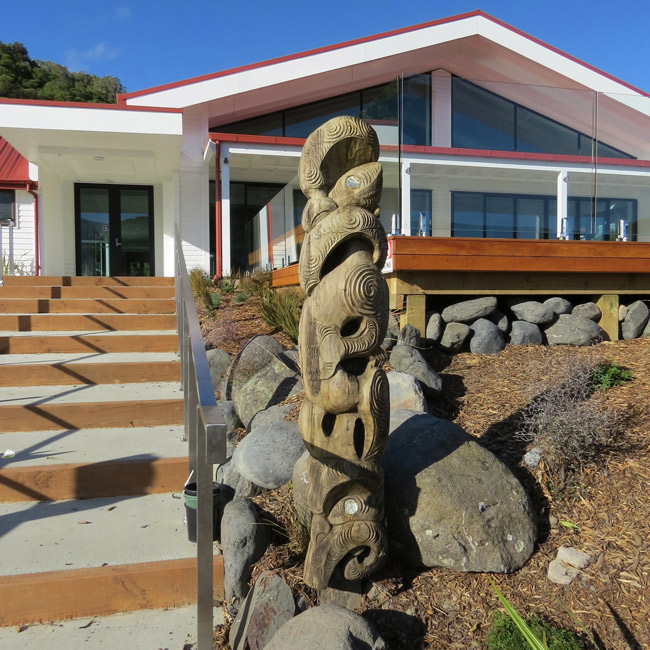 New ... the wharekai (dining hall) at the Ōnuku Marae on the Banks Peninsula. 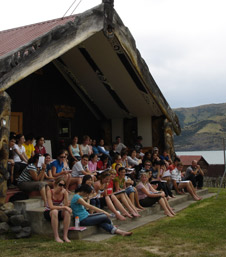 The wharenui (meeting house) at Ōnuku Marae on the Banks Peninsula.

The University of Otago has contributed to the building of a new wharekai (dining hall) and teaching rooms at Ōnuku Marae on the Banks Peninsula.

The financial contribution follows a decade of students visiting the marae in their first fortnight of study in Christchurch, after arriving from Dunedin during their fourth year of medical training.

In the past students have slept and learned in the wharenui as well as in a marquee erected on marae grounds, now the new teaching rooms will be used to support their orientation to Christchurch and Hauora Māori teaching.

It is intended postgraduate students and staff will now also be able to take advantage of this new learning environment.

Associate Professor Suzanne Pitama of the University’s Māori/Indigenous Health Institute in Christchurch says it has a strong relationship with the Banks Peninsula marae, which was further solidified after a memorandum of understanding was signed in 2014.

“The time at Ōnuku Marae allows students who have been in Dunedin a chance to orient themselves to being in Canterbury and a safe place to learn their role in the health system as people who can make a difference to current health inequalities.”

She says the site, an 80 minute drive from Christchurch, is of huge historical significance as one of three places in the South Island where the Treaty of Waitangi was signed.