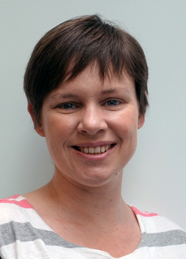 Christchurch primary school pupils are wearing sensors tracking contact with each other in a world-leading study to better understand a common but serious disease.

Little known about spread of Staphylococcus

The Staphylococcus bacterium is a major cause of serious infections such as septicaemia, but also often presents as sores on the skin.

Most commonly, though, it is carried harmlessly on skin or in noses, from where it can be passed on to others who might become ill. Very little is known about who passes it to whom in the community.

University of Otago, Christchurch researcher Dr Pippa Scott is testing levels of the bacteria in Linwood Avenue School pupils and, in a world first, monitoring contact between them using ‘proximity sensors’ to better understand how staphylococcus is passed from person to person.

Dr Scott says school-aged children often spread flu and other diseases so could be important to the spread of staphylococcus in the community.

“We asked a lot of schools if they would take part in the study and Linwood Avenue School principal Gerard Direen came back to us quickly and said the school would be really keen to help.’’

Dr Scott says 70 children aged between 8 and 11 were given the proximity sensors to wear clipped to their shirts for around 2 weeks. The sensors are not GPS devices and cannot pinpoint a child’s whereabouts but rather record when children come in contact with each other. They have never before been successfully used in a study linking infectious disease spread to contact in the same individuals.

Bacteria found in almost all children

The study is ongoing but early analysis found almost every child was carrying the bacterium at some stage during the seven times they were tested. More than half the children carried the bacteria at any one test session. Almost all strains the children had were susceptible to commonly prescribed drugs for the condition.