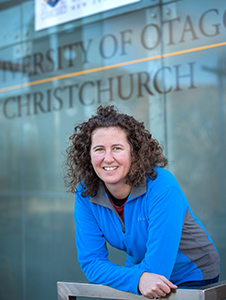 For some people, their innate sense of self doesn’t fit with their biological sex. Any distress this causes is particularly heightened during puberty, but medication used to help is controversial.

University of Otago, Christchurch researchers are now calling for urgent funding for research to find the most effective interventions for gender dysphoric teenagers.

The group made the call after conducting a small study on the use of Gonadotropin Releasing Hormones (GnRH) analogues, sometimes known as ‘puberty blockers’, by transgender adolescents.

Medical student Kaden Russell carried out a literature review on the use of puberty blockers as part of the campus’ 10-week Summer Studentship programme. He was supervised by University of Otago, Christchurch researcher and research manager at the Collaborative Trust Dr Janet Spittlehouse and youth health GP and expert Dame Sue Bagshaw.

Recent research shows 1.2 per cent of New Zealand high school students identified as transgender and 2.5 per cent were unsure of their gender.

Dr Spittlehouse says puberty blockers are used by some transgender adolescents to delay the onset of puberty and prevent development of undesired secondary sex characteristics.

The medication aims to: allow more time for certainty about factors involved in the young person’s distress about their gender; allow more time for exploration of identity without the stressors of puberty; and reduce the necessity and complexity of certain procedures for those who choose to transition later in life.

“Even though the effects are reversible and there is some evidence that they can improve mental health for transgender youth, their use is controversial and there is a lack of research on the topic in New Zealand,” she says.

Concerns have been raised about their long-term physical effects such as reduced bone density.

“However, there is some evidence to suggest that gender dysphoric adolescents who use puberty blockers experience less psychological distress. This is important because a recent New Zealand survey found nearly three quarters of transgender individuals had high or very high psychological stress symptoms and two thirds had a diagnosis of depression. Together with young people with diverse sexual orientation, research has shown higher substance abuse and suicide rates, especially when there is a lack of whanau support,’’ Dr Spittlehouse says.

Mr Russell’s research will form the basis of a questionnaire about young people accessing a youth health clinic and aid understanding of the physical, mental and psychosocial outcomes of the use of GnRH analogues in transgender youth.

Looking at work from the past 10 years, he found research on puberty blockers fell into three key areas:

“Stringent research that shows us the most effective interventions for gender dysphoria has not yet been done and controversies remain. There is an urgent need for funding for further research.”