There is a clear downward trend in the number of parents using physical violence as a punishment in New Zealand, but its use is still relatively common, a new University of Otago study reveals.

The 763 parents studied were members of the longitudinal Christchurch Health and Development Study which started in 1977.

Findings show a clear downward trend in the rates of both minor and more severe physical punishment. Minor assaults, such as smacking on the hand or bottom, shaking a child, or hitting them on the bottom with an object such as a hairbrush, reduced by almost a half from 77 per cent to 42 per cent. Severe assaults, such as hitting a child with an object on their body somewhere other than the bottom, slapping their face or head and hitting with a fist, have dropped even more dramatically, with these behaviours reduced by two thirds from 12 per cent to 4 per cent.

Those who used any physical punishment on their child reduced from 77 per cent of participants in 2002 to 42 per cent in 2017. 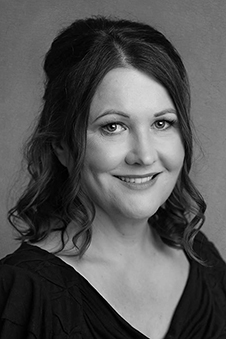 Co-author Dr Geraldine McLeod, a Senior Research Fellow in the Department of Psychological Medicine, Christchurch, says overall the findings suggest the number of parents using physical punishments and the frequency of such violence has decreased, but it is clear that it remains a common form of discipline.

“This is despite the legislation and public health efforts to increase awareness of the potential harms of physical violence towards children,” she says.

The most common physical punishments were smacking on the bottom and slapping on the hand, arm or leg.

Parents more likely to use physical punishment tended to be younger, caring for more children and in a violent partner relationship. A history of personal mental health problems combined with socioeconomic disadvantage were also influential.

“By far the strongest predictor was the number of 2 to 10 year olds in the household and in particular the number of 2 to 4 year olds. This is consistent with developmental data showing that children between the ages of 2 and 4 can pose particular challenges for parents, given their rapidly increasing verbal and motor skills but limited ability to regulate their emotions and behaviours,” Dr McLeod says.

Previous research has shown that rates of child physical punishment can be reduced with effective family intervention programmes, she says.

“There remains a need for continued public education on alternative, more effective parenting strategies to manage child behaviour and for ongoing support of vulnerable children under difficult and stressful circumstances.

“More generally, we need to further shift our social tolerance of violence, not only towards children, but also in other settings such as schools and the workplace where rates of violence are also high relative to other countries,” Dr McLeod says.