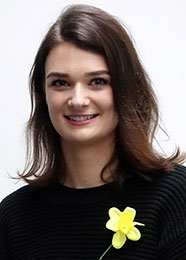 Bailey Kennedy shared with The Press and stuff.co.nz about how her father’s battle with colorectal cancer inspired her to undertake her PhD on the disease.

Her father, Steve Kennedy was diagnosed when Bailey was in her first year at high school. He underwent months of chemotherapy, radiation and surgery before going into remission.

One of her research supervisors was her father’s oncologist.