The British Academy in London awarded a grant to Associate Professor Nicola Taylor and Dr Megan Gollop (Children’s Issues Centre) and Professor Marilyn Freeman (University of Westminster Law School, London) to conduct an innovative interdisciplinary cross-jurisdictional demonstration project on the child objection defence in the Hague Convention on the Civil Aspects of International Child Abduction 1980. A global survey will be undertaken, together with interviews with family justice professionals, children who have objected to their return and their parents in England/Wales and New Zealand. The project also involves preparation of a literature review and case analysis, as well as three seminars in London, Europe and Auckland in March 2018. (February, 2017)

Read more about the research.

The American-based Association of Family and Conciliation Courts (AFCC) presented the Tim Salius President's Award 2016 jointly to Associate Professor Taylor and Professor Marilyn Freeman (Westminster University, London) for their "international work in promoting an empirically based approach in the field of child abduction and relocation." (July, 2016) 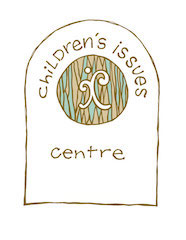 Read a feature in the University of Otago Magazine.

Seminar: The inclusive school strategy as experienced by children in Ontario (Canada)

Seminar:  27 years is a long time - how different would a Convention on the Rights of the Child 2016 look?

Public Lecture: From Article 12 to votes at 12

Emeritus Professor Michael Freeman (Professor of English Law at University College London), 30 November 2016, in conjunction with the Faculty of Law.

28 November 2016, in conjunction with the Faculty of Law. Speakers included:

Children's rights: Towards social justice by Anne B. Smith, 15 March 2016. Hosted by the CIC and the University of Otago College of Education.

This was held in Dunedin on 20-21 October 2015 on the theme What does Childhood Studies mean for research, policy and practice? This followed on from the very successful 1st Childhood Studies Colloquium held in Auckland in November 2014. The 2015 Colloquium was co-hosted by the University of Otago Children and Young People as Social Actors Research Cluster, the Children’s Issues Centre and the organisers of the 1st Colloquium. We are grateful to the University of Otago Humanities Division for their generous financial support for this event. The 20th anniversary of the Children’s Issues Centre was also celebrated at the Colloquium.

The Children’s Issues Centre acknowledges with deep sadness the passing of our inaugural Director, Emeritus Professor Anne B. Smith on 22 May 2016. Anne’s scholarship and commitment to children’s rights and well-being leave an enduring legacy for academics, researchers, policy makers, practitioners and students, both within New Zealand and internationally.

Read a tribute to Anne B. Smith.