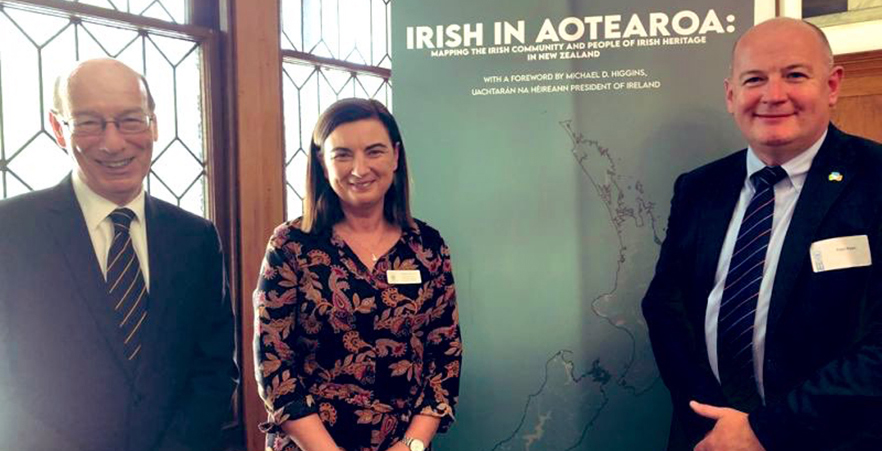 The Ambassador for Ireland to New Zealand and Samoa, His Excellency Peter Ryan, visited the University of Otago on 26 January 2021 to speak with alumni and staff on the work of the Irish Embassy in Aotearoa.

Chancellor Dr Royden Sommerville QC gave an insightful address and formally opened the proceedings after which Sonja Tiernan presented her findings on the report on the Irish in New Zealand, recently published.

The success of the afternoon tea event was down to the organisation of Donnella Aitken-Ferguson and Laura Billyard.