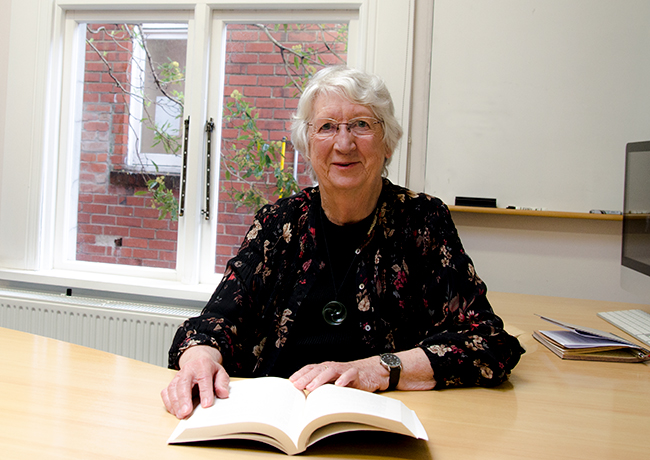 A longer tenure as inaugural recipient of the Centre for Irish and Scottish Studies (CISS) Irish Writers Fellowship was cut short by COVID-19 restrictions, but Dame Fiona Kidman is still delighted to be in Dunedin for a week to share insights from her long literary career.

One of New Zealand’s most accomplished authors and supporters of literature, Dame Fiona will be at Otago’s Dunedin campus between 4 and 8 October to discuss literature, and her work and career, with students and staff.

"Otago has a fantastic community of writers and I'm very pleased to spend time here, and with students and staff - and I guess they are getting two for the price of one with me because my father's family was Irish and my mother was of Scottish descent."

Dame Fiona says an awareness of, and explorations of the "celtic strands" in her heritage have enriched her writing. Her 1986 novel The Book of Secrets won the fiction category of the New Zealand Book Awards. The book is based on the true story of a group of settlers who followed preacher Norman McLeod from Scotland in 1817 to found a settlement in Nova Scotia, then Australia and eventually New Zealand and Waipu in the 1850s.

Her most recent novel, the multi-award winning This Mortal Boy, is based on the true account of young Irish immigrant Albert Black. 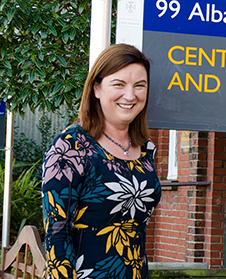 Black, known as the 'jukebox killer', was only twenty when he was convicted of murdering another young man in a fight at a milk bar in Auckland on 26 July 1955. The book explores the events leading to Black's conviction and execution against backdrop of the "moral frenzy" surrounding the perceived threat posed by teen culture, and the establishment's treatment of those deemed "outsiders or undesirables".

Dame Fiona continues to work closely with CISS. She appeared at the 2019 Celtic Noir Festival organised by Professor Liam McIlvanney and presented a public lecture during the Luck of the Irish series at Toitū Otago Settlers Museum in October 2020 organised by Eamon Cleary Chair of Irish Studies Professor Sonja Tiernan. Dame Fiona is currently working on an article for publication with CISS.

Dame Fiona credits Professor Tiernan with building strong connections with the literary community, and says Tiernan’s recent report Irish in Aotearoa: Mapping the Irish community and people of Irish heritage in New Zealand showcases the “breadth of the local diaspora – revealing just how significant it is in New Zealand.”

Professor Tiernan says that while it would have been preferable to have Dame Fiona at Otago for several weeks as planned, CISS is delighted that students and staff have been able to engage with a multi-award-winning author virtually. Dame Fiona has been mentoring post graduate and post-doctoral fellows in creative writing online since the beginning of September. 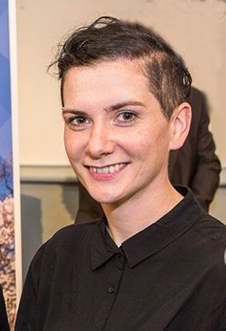 One of her mentees, Dr Emer Lyons, who is a Postdoctoral fellow in Irish studies, says that being mentored by one of New Zealand's great feminist writers “is exceptional”.

“I have long admired Fiona's work and look forward to meeting up with her when she is here to discuss the intricacies of the personal.”

In a 'small-world' coincidence, some of Dame Fiona's forebears once lived in the same street in Cork that Dr Lyons grew up on.

Professor Tiernan values this interaction and thanks Dame Fiona for still “providing students and staff with this invaluable opportunity to discuss ideas with one of the country’s leading authors, and someone who has also given so much to growing Aotearoa’s literary community”.

“Our activities are all aimed at furthering understandings of this country’s Irish heritage and its impact on culture, but also furthering discussions around the relationship now – our relationship with writers of Dame Fiona’s calibre is incredibly helpful in achieving our goals.”

About Fiona Kidman DNZM OBE
Dame Fiona’s writing career began in the 1960s with freelance journalism. The first of her twelve novels was published in 1979, and she has published numerous short stories and poetry collections. Her multi-award-winning work often describes life for people outside the mainstream of society. In 1988, Dame Fiona was made an Officer of the Order of the British Empire, and became a Dame Companion of the New Zealand Order of Merit in 1998; both honours were for services to literature. The French government has awarded her the French Legion of Honour. She is active in the literary community, serving as president of both the New Zealand Book Council and the New Zealand Society of Authors, and as a board member of the Randell Cottage Writers Trust.

About the CISS Scottish and Irish Writers Fellowship
Initiated in 2020, the writing fellowships are aimed at facilitating and encouraging literary and cultural exchange between Ireland, Scotland and New Zealand. The Fellowship is supported by a partnership between CISS and the Caselberg Trust. During their tenure Fellows receive a stipend, office space on Otago’s Dunedin campus, use of a car and accommodation at Caselberg Cottage on the Otago Peninsula.
Writers of Irish or Scottish birth, residence or affiliation can be selected as Fellows. Holders are invited to address and mentor students in Otago’s Irish and Scottish Studies and Creative Writing programmes and will participate in public events. The Fellowships alternate between Scottish- and Irish-affiliated writers.