Book on speeches by Irish women a best seller 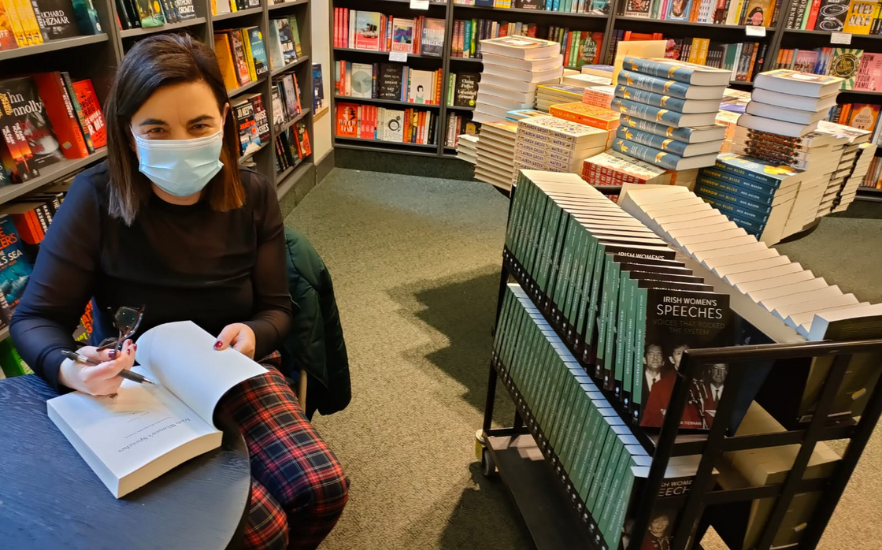 While pleased at the huge public interest in Ireland and further afield, the University of Otago Irish Studies academic is proud to showcase 33 significant women who inspired change in Ireland and abroad from 1881 to the present.

In an article for the Irish Times she described the work as the first to comprehensively show how women’s speeches provide a different perspective when examining how, and why, Ireland has evolved over the last two centuries.

“It’s long been recognised that speeches have been a powerful source of alternative narratives in the course of modern Irish history, but a common aspect of the many previous volumes is that they rarely contain speeches by women and therefore men are positioned as the predominant thinkers, reformers and politicians, and ultimately as the people who mattered in Irish history. I think many people are interested in discovering a more balanced view of Irish history.”

The book also gives the background of each orator with speech extracts sitting alongside very detailed accounts of the women’s lives.

“I think this aspect has struck a chord with people as the volume displays a different perspective of how modern Ireland has developed over the previous 140 years.

“The women were particularly vocal on issues relating to the Irish land war, the struggle for independence, the plight of trade unionism and in demands for peace, and they often assessed these situations from a different perspective, taking into account the implications for the most vulnerable in society, as they fought against deeper injustices brought about by inequalities specific to gender.”

The earliest speech included was by Irish nationalist Anna Parnell (1852 -1911) on the plight of evicted tenants and the land war then ongoing in Ireland, but Tiernan also wanted to highlight the speeches of important, but often similarly overlooked, Irish emigrants to Aotearoa New Zealand.

A key speech by trade unionist and suffragist Harriet Morison – delivered at Dunedin City Hall in 1892, a year before the vote was extended to women – helped establish Dunedin as the centre of the New Zealand suffrage movement. Morison, originally from Ulster, addressed an audience of 1,200 people in Dunedin at a time when it was the largest and most industrialised city in New Zealand, and it had a large Irish population of whom the majority were women.

“Women compose nearly one-half of the adult population, and they have to obey the laws the same as men and should have a voice in the framing of the laws they are called upon to obey. Women have to pay taxes the same as men, and taxation without representation is tyranny and an utter violation of the spirit of freedom, so characteristic a spirit in the present age,” Morison said.

Morison was among six women represented in the Kate Sheppard Memorial in Christchurch, that was unveiled by Governor General, Dame Catherine Tizard on 19 September 1993 and Tiernan says her speech remains as testimony to the impressive feminist legacy and showcases the contribution Irish emigrants made to the social and political development of New Zealand.

“Women spoke out on issues relating to social injustice even when positioning themselves in vulnerable or dangerous situations. I’m thrilled people are responding so well to an academic yet accessible work on Irish women’s speeches which is a record of women who, as Mary Robinson noted in her presidential acceptance speech, ‘instead of rocking the cradle, rocked the system’.”

ABOUT: The book was launched on 15 December in Dublin at the Museum of Literaure Ireland (MoLI) and many prominent female politicians, including the Cllr Alison Gilliland, the Lord Mayor of Dublin and TD Ivana Bacik spoke at the event which was chaired by former head of special collections at the National Archives of Ireland, Catriona Crowe.

Listen to Professor Tiernan’s RTÉ Radio 1 interviewed about her work on The Ryan Tubridy Show (with presenter Oliver Callan) here.

The books is published by University College Dublin Press but can be ordered in New Zealand directly here.

(Below, from left): Catriona Crowe, historian and former Head of Special Projects at the National Archives of Ireland; Ivana Bacik TD, member of Dáil Éireann, the lower house of the Irish government; Professor Sonja Tiernan; Lord Mayor of Dublin, Alison Gilliland - who opened the panel discussion. 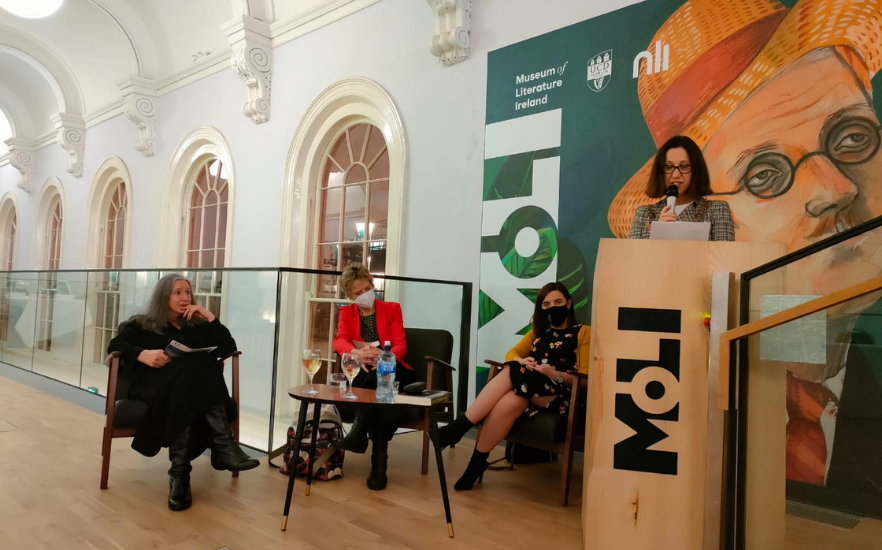