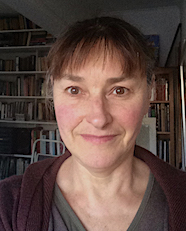 About the 22nd A.D. Trendall Lecture

I’ve long been intrigued by Greek vase painting and admired ancient artists for their skill and invention within a tight constraints. I continue to draw on their work for inspiration.

The creative process is not linear, it involves sideways leaps. In this lecture I will talk about the weaving of multiple ideas in my work and the research and thought processes that sit behind the images. My central focus will be on the making and reception of my New Zealand colonial series: The Odyssey of Captain Cook, The Labours of Herakles and Titokowaru’s Dilemma. I will also talk about more recent projects.

Since 1997, Christchurch artist Marian Maguire’s prints and paintings have frequently referenced Greek vase painting and in Southern Myths (2002) she set a plotline adapted from the Iliad in New Zealand. Three major narratives series that engaged with New Zealand colonial history, followed: The Odyssey of Captain Cook (2005) in which Cook’s Endeavour became the vehicle by which the ancient Greeks collided with resident Māori; The Labours of Herakles (2008) in which the archetypal Greek hero is cast as a New Zealand pioneer; Titokowaru’s Dilemma (2011), in which the action shifts to the Land Wars between Māori and British Forces in South Taranaki during the late 1860s.

In 2017, she exhibited two painted fire surrounds: Odysseus and Penelope. Between them, they tell a reframed version of Homer's Odyssey. Her Goddesses series, also 2017, re-imagines the roles of ancient goddesses through a feminist lens.

“An Earthquake That Shook the World”: Seismicity and Society in the Late Fourth Century CE 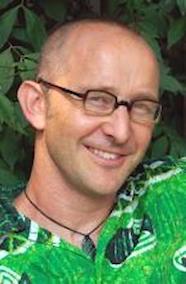 About the Keynote Address

A concentration of late fourth- and early fifth-century sources seem to suggest that a massive earthquake shook the eastern Mediterranean in the second half of the fourth century CE, precipitating a tsunami that reached as far as Croatia, Northwestern Greece, Libya, and Egypt. This earthquake is conventionally dated to the morning of July 21, 365 CE.

However, this neat picture of a single, universally-destructive event is open to question, as too are attempts to explain its impact upon the communities of Crete and the eastern Mediterranean by recourse to grand claims of religious and political transformation, or predetermined narratives of widespread societal and economic collapse.

This paper eschews those grand narratives, and instead uses the textual, archaeological, and geological evidence for seismological activity in the second half of the fourth century to explore late Roman society’s ‘culture of risk’—its strategies for understanding, mitigating, and exploiting the manifold uncertainties of the physical and metaphysical world. I will suggest that those strategies must be understood as manifestations of a society within which risk was normalized. Descriptions of disasters, therefore, are motivated less by a sense of dislocation or afront at the event itself and more by an impulse to enlist the event in addressing, expressing, and shaping other societal concerns.

I’m a social historian, working particularly in the late and post-Roman world (third through seventh centuries CE). I’ve spent a fair bit of time studying rural communities in late antiquity: how they worked, what strategies, institutions and structures they possessed for maintaining equilibrium and managing conflict, and what they did when things went wrong.

This has led me to consider the social dynamics of disasters in the period: what factors made particular communities vulnerable or resilient in the face of potentially catastrophic natural hazards, military incursions, famines, or disease, and how those communities might have experienced, responded to, and recovered from such events.

These questions are part of a broader exploration of the complex, dialectical relations between human populations and the environments in which they live, which places the project of social history in conversation with environmental studies and landscape archaeology.

During the 2019-20 academic year, having received a fellowship from the ACLS (American Council of Learned Societies), I will be on leave to write a monograph on the experience of risk and uncertainty in the late Roman world.

Te Iriata and the Iliad: On Translating Homer in Māori

This talk concerns a collaborative and creative research project being undertaken by myself and my colleague Dr Karena Kelly (Te Kawa a Māui, Victoria University of Wellington). This nascent project is intended to produce a translation of (some of) Homer's Iliad into te reo Māori – into Te Iriata. As far as we know, this is the first-ever direct translation of a non-biblical ancient Greek text into Māori.

In this talk, I will introduce the project, describe our working methods, survey some of the challenges Dr Kelly and I have encountered, and address some of the central methodological, linguistic, and other issues at stake; I will also share some specific sections of the work to date, and address more broadly the idea of a classical tradition in Māori translation.​