History of Classics at Otago

From the founding to the present 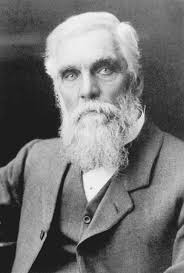 Classics has been taught at the University of Otago since its establishment in 1869, with the Chair of Classics being one of the three foundation chairs. George Samuel Sale was the first to hold this position and he remained Professor of Classics until his retirement in 1908.

Sale was followed by Thomas D. Adams, who was appointed in 1917 and held the post until 1948. Adams’s staff included the prominent art historian A. D. Trendall, who helped to procure a good proportion of the collection of antiquities now displayed in the Otago Museum.

The department’s third professor was Guy Manton, who held the Chair from 1949 until 1965. Internationally recognized scholars who taught at Otago during this period include Agathe Thornton (Living universe: gods and men in Virgil’s Aeneid; Maori Oral Literature as seen by a Classicist), J. R. Hamilton (Plutarch: Alexander, a commentary), J.K. Anderson (Ancient Greek Horsemanship) and (briefly) A. A. Long.

Kenneth Quinn, best known for his work on Catullus and Virgil, succeeded Manton as Professor of Classics in 1965 before departing in 1969.

Richard Mulgan held the Chair at Otago from 1970-77, a period that saw a healthy expansion of student numbers in Classical Studies.

In 2019 the Department of Classics became part of the School of Arts. Dr Sean McConnell served as Head of Programme from 2019-2021.

The current Head of Programme is Dr Gwynaeth McIntyre (2021-present).