CLAS344 From Augustus to Nero: Scandal and Intrigue in Imperial Rome 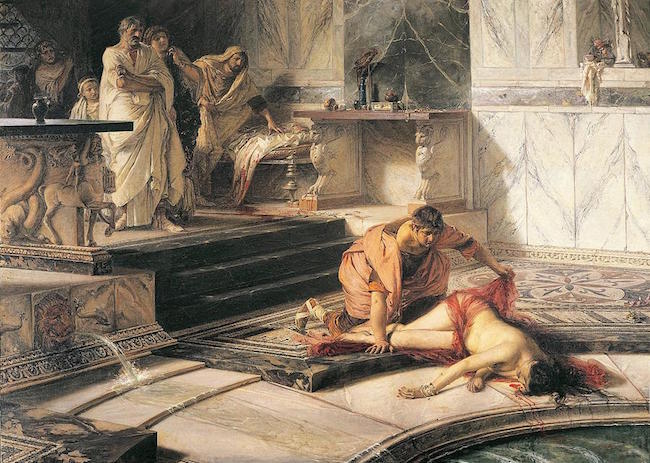 After almost 100 years of civil war, how was Augustus able to bring peace to Rome? Was Caligula really as insane and cruel as people say? Why did Nero try to kill his mother using a collapsible boat? This paper examines the family intrigues, dysfunction, and conspiracies relating to the creation of imperial power during the rule of the Julio-Claudian emperors. The topics range from the creation of dynastic succession and threats to imperial power, to imperialism and the Roman army.

A study of the Julio-Claudian emperors, examining literary texts and coinage, with a particular emphasis on the development of Roman imperial and dynastic power.

This paper examines the scandals and intrigues associated with development of imperial power in Rome in the 1st century CE. It analyses the reigns of Augustus, Tiberius, Caligula, Claudius, and Nero with a specific focus on how these emperors secured their position of power, considering their family dynamics, arranged murders and intrigues in order to hold on to power, and their attitudes and actions towards the army, the senate, and the people.

This paper consists of two 50-minute classes per week which will vary from lecture style to a more discussion-based format. Topics are arranged by emperor and cover: the creation and development of dynastic succession; expanding the empire;  mutinies and conspiracies; and ideology and propaganda. This paper also includes group work, with students (in groups of 4 or 5) meeting fortnightly, either in person or through online platforms, to learn and develop their skills in analysing coins (based on the collection held at the Otago Museum).

By the end of this paper, students will have gained: