Screenwriters coming to Otago next week 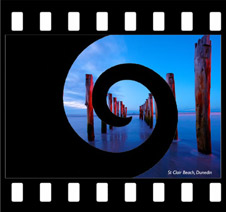 The Screenwriting Research Network (SRN) conference will be held at Otago next week.

Some of the most prolific and central figures of the New Zealand film industry will be in Dunedin next week to attend the country’s first international conference dedicated to screenwriting.

Otago’s Department of Media, Film, and Communication and the New Zealand Writers Guild will co-host the Screenwriting Research Network (SRN) conference, from Monday 28 to Thursday 31 August.

The four-day event will be opened by the New Zealand Film Commission’s chief executive Dave Gibson, who will provide insight into his own experiences of taking New Zealand to the world.

Mr Gibson is just the first in an engaging line-up of home-grown and international speakers, from New Zealand writer, director and arts laureate Gaylene Preston (sponsored by the Otago “Performance of the Real” research theme) to the screenwriters of Born To Dance Casey Whelan and Steve Barr, and Outrageous Fortune and The Almightly Johnsons’ screenwriter, Rachel Lang.

A planting in the shape of a filmstrip was grown on the hill at the end of Dunedin’s Albany Street to celebrate the conference and highlight the partnership between the SNR2017 organising committee and the Dunedin City Council.

New Zealand’s primary film and screenwriting organisations, New Zealand Film Commission, New Zealand Writers Guild and New Zealand On Air will come together on the second day of the conference to tackle issues centred around the way forward for the writers behind every character’s voice heard on New Zealand’s screens.

Conference co-host Dr Davinia Thornley says she wanted “to put a ‘New Zealand’ stamp on the material that’s covered at the conference.”

So while SRN2017 is of international scope, Dr Thornley hopes to “introduce the SRN delegates to the incredible work being done by our national filmmakers.”

The conference will also highlight the significance of the writers in any production.

Conference co-host and Chairperson of the New Zealand Writers Guild Allan Baddock says “screenwriting is the foundation of the entire screen industry.”

"The SRN2017 conference aspires to do all these things and more; it aims to build a more solid foundation for future and current screenwriters in our country to stand on, and to speak their minds."

As well as being the basis of every film, screenwriting raises fascinating ethical and intellectual questions. With the overarching conference theme: “Fact and Fiction, Truth and the Real”, the conference will also examine the slippage between truth and reality that films and other media often provide.

Other conference themes include “Digital,” which promotes discussion about what directions virtual reality could take film-making, and what challenges these new directions might pose for screenwriters, alongside a series of papers examining indigenous voices in screenwriting.

The presence of such a milestone conference for New Zealand on Dunedin’s own University campus, along with its forefront topic – the writers behind New Zealand’s own original cultural voice – highlights the type of thinking that underpins the values of the Humanities at Otago, Dr Thornley says.

“Humanities, and indeed all areas of learning that encourage critical thinking, are there to critique, examine and re-present aspects of society. The SRN2017 conference aspires to do all these things and more; it aims to build a more solid foundation for future and current screenwriters in our country to stand on, and to speak their minds.”