Otago staff members and alumni were prominent in the 2020 Queen’s Birthday Honours list. 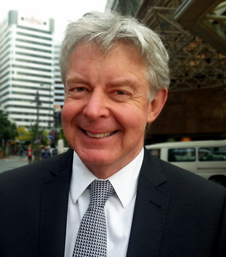 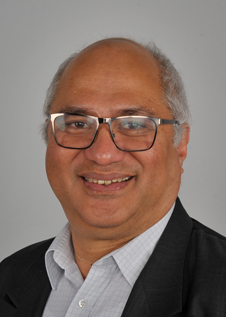 Aiono Professor Alec Ekeroma, Honorary Professor in Obstetrics, Gynaecology and Women’s Health at the University of Otago, Wellington, and former Head of Department, has been made an Officer of the New Zealand Order of Merit (ONZM) for services to health and the Pacific community.

Professor Ekeroma was the first academic of Pacific origin to hold a professorial role in an area of medicine in New Zealand – and also the first to head a University of Otago department – when he was appointed in 2018.

He was awarded the chiefly Samoan title ‘Aiono’ by his aiga or extended family group, in 2006.

Professor Ekeroma played a leading role in the foundation of the Pacific Society for Reproductive Health, which is now the foremost organisation for the professional development of doctors, nurses, and midwives in the Pacific region.

He is now Vice-Chancellor of the National University of Samoa. 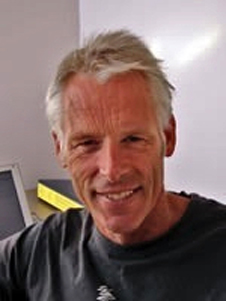 Clinical Senior Lecturer in the Department of Medicine Dr John Hellemans was made an Honorary member of the New Zealand Order of Merit for services to triathlon.

Dr John Hellemans has contributed to the sport of triathlon in New Zealand as a competitive triathlete, coach, and sports medicine practitioner.

Dr Hellemans was the World Masters Triathlon Champion eight times between 1994 and 2012, an elite triathlon representative for New Zealand at the Commonwealth Games in 1990 and represented New Zealand at a number of World Championships. He has coached a large number of internationally successful triathletes.

He is a widely published author on sports medicine, altitude training and triathlons.

Dr Karen Poutasi was appointed a Dame Companion of the New Zealand Order of Merit for services to education and the State.
Dr Poutasi has worked as the Chief Executive of the New Zealand Qualifications Authority (NZQA) since 2006. After spending 30 years in the health sector, she joined the education sector at a time when there were public concerns around the implementation of NZQA’s school qualifications framework. In her time as Chief Executive, public confidence in NZQA has increased, as has performance in school qualifications assessment. NZQA also quality assures the non-university tertiary education sector and administers the Codes of Pastoral Care. She is currently Commissioner of the Waikato District Health Board, as of May 2019.

George Ngaei, for services to health and the Pacific community.
Mr Ngaei been involved in improving Māori and Pacific health as a practising general surgeon (Endoscopic and Gastrointestinal) in Invercargill, as well as providing his expertise to work and consult on a wide range of medical issues for those living in the Cook Islands.

Dr Garry Forgeson, for services to oncology.
Dr Forgeson has been Specialist Medical Oncologist at Palmerston North Hospital and has been involved with the Cancer Society of New Zealand at a governance level since 1988. He has held Crown appointments as Chair of the Cancer Treatment Advisory Group, a member of the Cancer Programme Steering Group, the Cancer Control Implementation Task Force from 2003 to 2004, and the Cancer Control Council in 2005 and 2009.

Professor Ian Lambie, for services to clinical psychology.
Professor Lambie has contributed to clinical psychology for more than 30 years. He was appointed Chief Science Advisor for the Justice Sector in 2016. He has informed national policy, standards and guidelines through participation in numerous national and trans-Tasman advisory groups.

Dr Brian Turner, for services to literature and poetry.
Dr Turner writes poetry, non-fiction books, television scripts, articles and columns, and has received many of New Zealand’s top awards in literature over the past 40 years. He received the University of Otago Robert Burns Fellowship in 1984 and was Te Mata Estate New Zealand Poet Laureate from 2003 to 2005. Dr Turner was awarded a University of Otago Honorary Doctorate in 2011.

Carol Bartle, for services to health, particularly breastfeeding education.
Ms Bartle has a background in nursing, midwifery, education, and lactation consultancy and has advocated for the protection, promotion and support of breastfeeding since the 1980s. She is an experienced educator, teaching seminars in New Zealand and overseas on all aspects of breastfeeding, social marketing, ethics, and the international code of marketing of breast-milk substitutes.

David Benton, for services to addiction support and treatment.
Mr Benton has worked in the addictions field for 30 years in New Zealand and the United States. He has developed extensive alcohol and drug training programmes and services throughout New Zealand.

Patricia Broad, for services to gymnastics.
Mrs Broad has been involved with gymnastics for 55 years and was awarded the Queen’s Service Medal in 1991. Mrs Broad established and has been Head Coach of St Bernadette’s Gymnastics Club since 1964, which continues to thrive, with more than 100 members and offering training five days a week.

John Buchanan, for services to music.
Mr Buchanan established the Central Otago Regional Choir in 2004 and conducted them until 2018, presenting bi-annual concerts. He has been instrumental in securing young student soloists from the University of Otago’s voice programme as soloists with the Regional Choir.

Sharon Kearney, for services to physiotherapy and netball.
Ms Kearney has been heavily involved in injury prevention for Netball New Zealand and High Performance Sport New Zealand for more than a decade and is one of the country's top experts in the field. Alongside her national sports teams and organisations, Ms Kearney has been a tutor and clinical educator for the University of Otago’s Physiotherapy Clinic.

Sally Keeling, for services to gerontology.
Dr Keeling has been researching the social context of ageing, ageing and health, and age-friendly environments for the past 30 years. Dr Keeling was a Senior Lecturer at the University of Otago’s Christchurch Campus, where she taught and researched in the field of gerontology.

Kevin Knight, for services to education.
Dr Knight is the co-founder and co-director of the New Zealand Graduate School of Education (NZGSE), one of the first private teacher training organisations in the country. NZGSE was established in 1996, and Dr Knight continues to co-direct the school. NZGSE has trained more than 1,600 primary and secondary teachers since its inception.

Cilla McQueen, for services as a poet.
Dr McQueen has been one of New Zealand’s most distinguished poets since the early 1980s. She has been the Burns Fellow at the University of Otago and was awarded an honorary doctorate by the University in 2008. In 2010, Dr McQueen received the Prime Minister’s Award for Literary Achievement.

Janet Turnbull, for services to health.
Dr Janet Turnbull is a Geriatrician and Palliative Care Physician, who was made a Fellow of the Australasian College of Physicians in 1991. Dr Turnbull was the Clinical leader of the ORA (Older Adult, Rehabilitation and Allied Health) service at Capital and Coast District Health Board (CCDHB) from 2011 to 2019. She has worked with CCDHB since 1992 and Mary Potter Hospice since 1997.

Trevor McGlinchey, for services to Māori and the community.
Mr McGlinchey has been the Executive Officer of the New Zealand Council of Christian Social Services since 2007. Mr McGlinchey was a member of the Welfare Expert Advisory Group in 2018 and was on the reference groups for the Green and White Papers for Vulnerable Children.

Malcolm Walker, for services to sport and education.
Mr Walker was a teacher in central Southland for more than 35 years, including 23 years as Principal of Limehills School, and has contributed to sport in the wider community. Mr Walker was Chairperson of the regional principal support network and sat on a variety of education-based committees, including the Central Primary Schools' Sports Association.