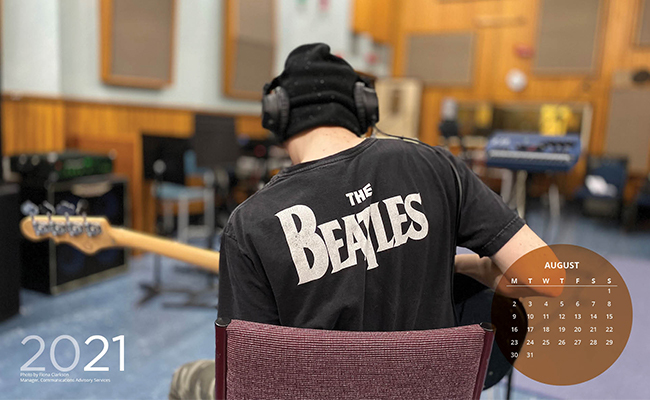 “This is my eldest son, who was placed in a national secondary school song-writing competition and, as a prize, was able to record in the Albany St music studios at the end of 2019. His was probably one of the last community recordings made there before it shut its doors for the new studio. He’s a big Beatles fan and the Albany St studios were modelled after the famous Abbey Rd studios in England where the Beatles recorded, so he wore his favourite shirt. He was doing a sound check before recording the bass-line when I took this shot, which was on my iPhone 11.

“I’m very much an amateur. We own a DSLR which I play with when on holiday but most of my pics are on my iPhone and occasionally I fluke a good one.”