A practical course for concerned adults and worried senior citizens, taught by an award winning journalist and educator. How to avoid being fooled by the internet, how to develop reliable and trustworthy sources of information, how to get good information about your health, understanding political propaganda, and how to deal with conspiracy theories. 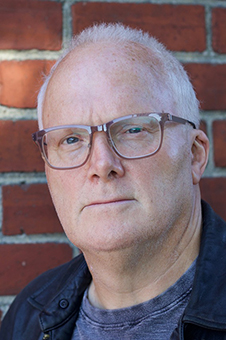 For three decades as an investigative reporter in TV, magazines and newspapers and as a leading journalism educator, Stephen Davis has been on the frontlines of journalism, trying to uphold the ideals of the fourth estate, and to inspire his students to do the same.

He is currently teaching a course at the University of Otago to help students navigate a world flooded with false information and is working on a new book and a major BBC drama series.
From the rain forests of Brazil to the icy wastes of Antarctica, from London to Los Angeles, from the Middle East to Australia and New Zealand, Davis has sought out the truth and sometimes found it.

Along the way he has encountered lying politicians and corporate conmen, spies and Special Forces soldiers, secret policemen and scared scientists.

Among those who have tried to persuade him from reporting his stories: men with Kalashnikovs, government lawyers, corporate PRs in fancy suits, senior police officers, billionaires, and newspaper owners.

Davis has worked for The Sunday Times in both London and Los Angeles, been a war and foreign correspondent, a TV producer for 60 minutes and 20/20, a newspaper editor, a documentary film maker for the BBC and Discovery and has taught journalism to thousands of students all over the world.

He has won multiple awards for his investigative reporting, including a silver medal at the New York film and television awards, and has designed and run journalism degree programmes in London, Sydney and Melbourne.

He is the author of Truthteller: An investigative reporter’s journey through the world of truth prevention, fake news and conspiracy theories.