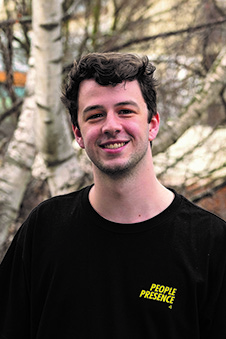 Jack Manning is the President of the Otago University Students’ Association (OUSA).

This is his second year on the OUSA Executive, having previously been the Colleges Officer. He is proud to be the Association’s President in their 130th year.

Jack graduated with a Bachelor of Science degree majoring in Computer Science at the University of Otago in 2019. In addition, Jack took part in an international exchange to the University of Texas at Austin in 2018. He has been involved in various aspects of student life while at Otago, including the Otago Computer Science Society and Thursdays in Black Otago, a survivor-led movement working towards a world free from sexual violence.