CAR-T cell therapy is a treatment which utilises cells from a patient’s own immune system. T-Cells are part of the immune system which responds to specific pathogens they’re targeted to. They can be removed from the blood of a patient and grown in a laboratory.

Work in the McLellan group is focusing on the addition of different genes of interest (GOI) which can be added to the CAR cassette to enhance both T cell memory and survival. 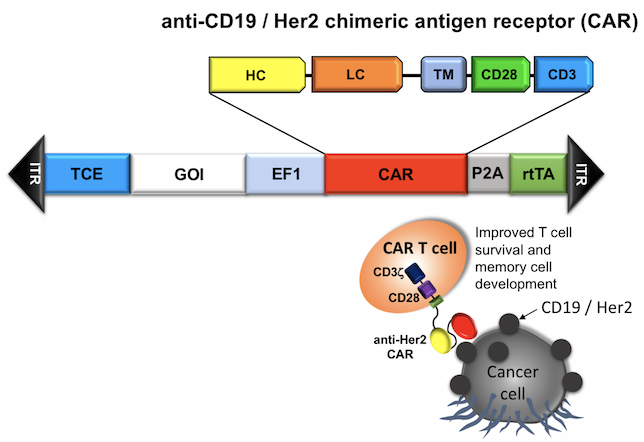