Read the Report (in English)

This project by Dr Rocio Figueroa and Prof David Tombs involves interviews with eight male survivors of sexual abuse linked to the Sodalitium Christianae Vitae (Sodalicio) religious movement in Lima, Peru. It investigates the immediate and longer-term impact of the abuse, and examines how it affected their sense of self and their religious identity. The interviews were conducted in Spanish by Rocio, and we are grateful to the interviewees for their participation.  You can read more about the Sodalicio scandal here.

Rocio Figueroa has been a researcher at the Centre for Theology and Public Issues during 2016.  Rocio is originally from Peru, and completed her Bachelor’s degree in theology at the Pontifical Faculty of Theology in Lima. Her doctorate in theology is from the Gregorian University in Rome. She has previously lectured and worked in Peru, Italy, and Mexico. During her time in Rome she was also Responsible for the Section on Women’s Issues in the Vatican. From January 2017 she will be Lecturer in Theology at Good Shepherd Theological College, Auckland. 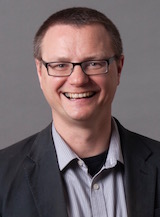 David Tombs is the Howard Paterson chair of Theology and Public Issues, University of Otago. David has a longstanding interest in liberation theology in Latin American and in Christian responses to sexual abuse. He talks about his previous work on crucifixion as a form of sexual abuse in his Inaugural Public Lecture and in his articles ‘Crucifixion, State Terror and Sexual Abuse’ (1999) and ‘Silent No More: Sexual Violence in Conflict as a Challenge to the Worldwide Church’, (2014).

The project was funded by a 2016 University of Otago Research Grant to investigate the Impact of Church Sexual Abuse on the Faith and Religious Identity of Male Survivors.