Gender and Power in the South African context of HIV and Gender Violence: The Silence of the Church 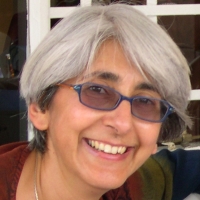 Prof. Beverley Haddad is Associate Professor and Senior Research Associate at the School of Religion, Philosophy and Classics, University of KwaZulu-Natal, South Africa. She has worked in the field of the church and development since 1990, both as a researcher and as an ordained priest in the Anglican Church of Southern Africa and has published widely in the areas of gender, HIV and the church. As a member of the Concerned African Women Theologians, she co-edited a book titled, African Women, HIV/AIDS, and Faith Communities and later edited Religion and HIV: Charting the Terrain (Pietermaritzburg: UKZN Press, 2011). This latter publication emerged out of an international research project conducted under the auspices of the Collaborative for HIV and AIDS, Religion and Theology (CHART), at the University of KwaZulu-Natal. Beverley is currently visiting New Zealand as a Harold Turner Research Fellow at the University of Otago.