Professor Barry Taylor, EDOR member and Dean of the Dunedin School of Medicine, has commented on New Zealand recently retaining its third place in the OECD's global obesity rankings, with almost a third of Kiwi adults being reported as obese.

According to the 2015/16 New Zealand Health Survey statistics, the national average has now increased to 32 per cent, even higher than the 30.7 per cent the OECD had based its third place ranking on. And numbers are higher for specific ethnic groups with 47 per cent of Māori, and 67 per cent of Pacific people living in New Zealand reported as obese.

Professor Taylor noted that the environment plays a very important role in obesity, highlighting the need to address the issue beyond just the individual, with a whole community approach needed.

Professor Jim Mann, EDOR co-director, was recently interviewed on World Obesity Day (11 October) by Mark Sainsbury for Radio Live.  Professor Mann explained that whole population measures are needed to stem the tide of childhood obesity in New Zealand.  Better lifestyle choices should be made the easiest option for people, assisted by healthy foods in schools and banning advertising of unhealthy food to children.

Listen to the radio interview

NZ's big problem: What can we do about obesity?, Radio Live website, 11 October, 2017 (12min 33sec; Safari or Chrome are the best browsers for accessing this recording) 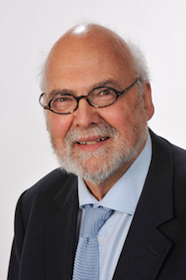