Otago research seeks to answer youth bedtime dilemma: To stream or not to stream? 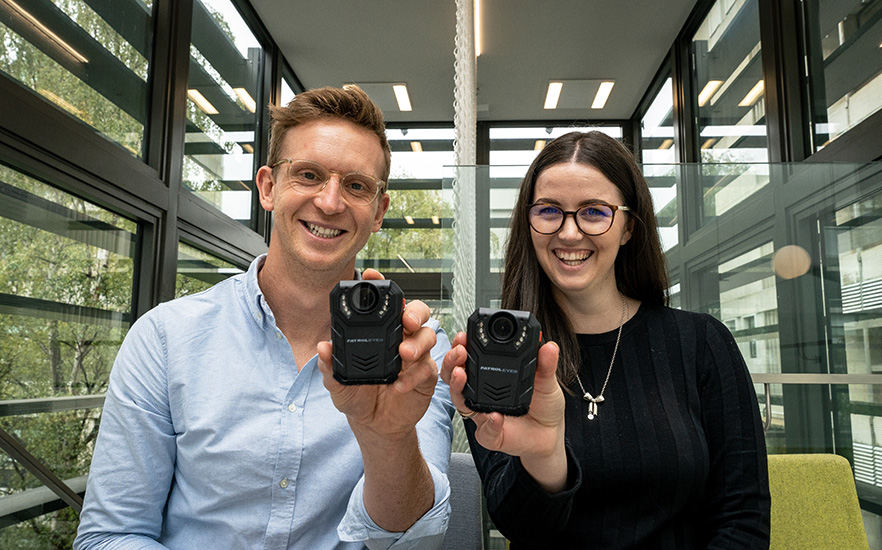 Does streaming before dreaming make for a worse night’s sleep?

That’s the question University of Otago researchers are hoping to answer when they monitor young people’s screen-use at bedtime to see if it impacts sleep quality.

The Bedtime Electronic Devices (BED) study will use cameras to record the night-time screen habits of a group of 11 to 14-year-olds.

Study co-leader and dietitian Brad Brosnan, of the Department of Medicine, said anecdotal evidence suggested young people were using electronic devices in bed, but previous studies had stopped short of monitoring this activity. “To be honest, I was shocked when I read a national survey that showed more than 80% of teens take their phone to bed.”

The study is designed to capture individuals’ sleep variability across the week. The young people will also be fitted with activity and heart rate monitors to record sleep duration and will fill out questionnaires, one in the morning covering their sleep quality and a second asking about their daily mood. In addition, they will be asked what they had to eat and drink across three days, as poor sleep can change eating habits.

“We hope to recruit a range of tech users, including those who rarely use technology in this way. However, our main goal is to look at day to day variation in tech use before bed in relation to sleep that night in individuals - and to do this over several nights.”

Participants of the BED study will wear a camera to capture screen use for three hours before they go to bed, and an infrared camera will be set up in their bedroom.

The room’s camera footage will then be run through a custom development coding protocol, allowing the research team to determine what type of screen activity—gaming, video streaming, social media, or multi-tasking—is happening in bed. Importantly, this type of screen-use information is not available via other means, such as the ‘screen time’ apps available on phones. These apps only provide the duration of time spent on specific apps on one device, and not the more contextual data about the when, how, and where children use screens.

“The stationary camera with infrared will capture any screen use while in bed, including the period after ‘lights out’ when parents may be unaware their child is using a screen.”

The study received ethics approval, and extensive piloting established that the room cameras were acceptable to the young people and their families.

“Our night cameras are already capturing a considerable amount of overnight screen time that has not been accounted for in previous studies.

“In the piloting we’ve done, participants forget about the camera straight away because they’re just so tuned in to their devices.”

Sleep will be measured objectively for seven nights with the small wrist-worn AX3 accelerometers and heart rate monitors, while the cameras will record for four of those seven days.

The study would zero-in both on screen-use duration and whether the level of interaction demanded by activities, such as gaming, made a difference compared to more passive use such as reading or watching.

Brad’s colleague and study co-leader Shay Ruby-Wickham will lead the mental health aspect of the project, using the questionnaire to examine carryover effects of sleep quality.

“Such data have never been collected before, and we believe our BED study will provide highly novel, objectively-measured, and much-needed answers about the relationship between screen use and sleep in children, including any flow-on detrimental effects on mood, wellbeing, and diet the next day.”

Brad says the average age to receive a smartphone is now 11. More research was needed into this unprecedented access to screens to help develop guidelines to protect children’s health.

Current recommendations essentially recommended a “blanket” ban on all screen use prior to sleep, but parents found this challenging to implement.

“Between 50 per cent to 90 per cent of children are thought to be sleep-deprived, which affects their ability to thrive at school, be resilient to poor mental health, and cope with the daily stressors of life.

“If we can create more nuanced guidelines that have a greater chance of actual implementation in the real world, we have the potential to markedly improve health and well-being in our tamariki.”

The study has been funded by University of Otago Research Grants and the Otago Medical Research Foundation.