Sir Eion Edgar, founding benefactor and namesake of the Edgar Diabetes and Obesity Research Centre (EDOR), has passed away this week from pancreatic cancer.

Sir Eion was instrumental in establishing the Centre through his funding of the first of the University of Otago’s Leading Thinkers initiatives - a Chair in Diabetic Medicine. This led to the formation of a Research Centre, which was subsequently strengthened by the creation of a second Leading Thinkers Chair in Early Childhood Obesity.

In addition to his philanthropic support, Sir Eion has played an active role in the life of the Centre for nearly two decades.  He was chair of the EDOR advisory board and attended many of the public events organised by the Centre, often giving the opening address.

Most recently, Sir Eion was involved in the commissioning of the Economic and Social Cost of Type 2 Diabetes report. Launched in Parliament by Hon Peeni Henare in March of this year, this report was undertaken by PwC and jointly funded by Diabetes NZ and the Healthier Lives - He Oranga Hauora National Science Challenge. EDOR Professors Jim Mann and Rachael Taylor provided expert advice for this document, which not only outlines the extent of the type 2 diabetes crisis in Aotearoa New Zealand, but also offers some cost-effective ways to tackle this disease.

The legacy of Sir Eion's support of health research in New Zealand is particularly evident in EDOR's numerous scientific publications, including many in world-leading journals such as The Lancet.  The international standing of its researchers has led to their contributions to national and international nutrition and diabetes guidelines, such as for the World Health Organisation. 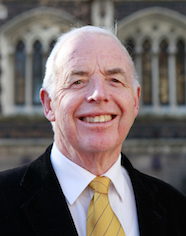