How best to inform parents their child is overweight?

Up to 80% of parents of young children do not recognise that their child is overweight. Screening offers the opportunity to inform parents that there is a potential issue at an age where behavioural changes are thought to be more easily implemented within the family environment.

Health professionals are often reluctant to discuss weight with families and cite as major barriers:

Over 1000 children participate in screening programme

We recently undertook a major screening programme – the Motivational Interviewing in Treatment (MInT) study – which aimed to determine how best to talk to parents about this issue.

More than 1000 children aged 4-8 years and their families attended a measurement session, where 271 children (25%) were found to be overweight. Parents of these children received information about their child’s weight status using a traffic light resource, before being invited into a two-year family-based behavioural intervention. We found that uptake into the intervention was high, with 76% participating.

Receiving the feedback via motivational interviewing or usual care made no difference to uptake. Most parents attended an interview two weeks later to assess their understanding of the weight feedback and what it meant to them.

This showed some interesting results in that while almost every parent remembered that their child was overweight only about half could explain what that actually meant in terms of their child’s health.

Because understanding is required for behaviour change, this casts some doubt on the inclusion of BMI screening in routine child health visits given that understanding was mixed in our sample. This was even though the feedback they received occurred over a 15-30 minute session – typically much longer than a routine health visit.

However, the traffic light charts were rated very positively by parents, indicating that they were a simple and clear visual way to present their child’s BMI information. The majority of parents were also very happy with the feedback process, which should allay concerns of health professionals in dealing with this issue. 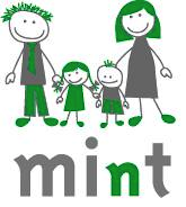