Taiwo has had first-hand experience in treating obesity and mental health illness during her clinical practice. She is persuaded that disease prevention, when possible, is a cost-effective approach to improve population health. These experiences have compelled her to undertake PhD studies at the University of Otago on the POI project.

The Prevention of Overweight in Infancy (POI) study is a randomised controlled trial which assessed whether extra education and support around a number of activities during infancy, including sleep, reduced the number of children showing excessive weight gain over the first two years of life. More than 800 Dunedin families enrolled in POI, which started more than ten years ago.

Taiwo is following up the children enrolled in the POI study, who are now 11 years old, to determine the long term effectiveness of the POI early sleep intervention. She will also measure whether the sleep intervention in infancy has had any favourable effects on pre-adolescent mental and physical wellbeing.

One of the big influences for Taiwo in her career choices was her father. She observed his work as a medical professional and helped him in his private practice. Taiwo aspires to integrate research findings with patient care, and these early experiences have driven her desire to contribute to evidence-based solutions in addressing obesity and mental health problems, especially among children.

An appetite for knowledge

Taiwo grew up in Nigeria but lived in South Africa for over a decade. She studied Microbiology, and then Medicine and Surgery, at the Obafemi Awolowo University in Nigeria. She moved to the University of KwaZulu-Natal in Durban, South Africa, to undertake a Masters of Social Science in Health Promotion.

Prior to her move to New Zealand, Taiwo completed graduate-level studies in Public Health at the University of Witwatersrand (Wits), South Africa. 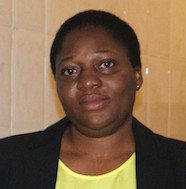