Presentation and biographical details will be provided later in the year. 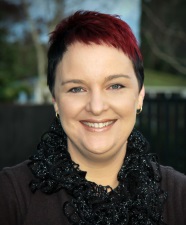 Sarah has spent the last twenty years working and advocating for an improved mental health sector and societal perceptions of mental health from a service user focused perspective. She is one of a very small number of service user academics – a scholar working from a service user mental health perspective in higher education and research, having worked in this role for the Department of Psychological Medicine, University of Otago Wellington, New Zealand since 2010. Through this role Sarah undertakes both service user-led and co-produced research and teaching that involves meaningful service user involvement in various capacities and at all stages of the process. In terms of ‘Making the Convention Real’ Sarah’s work is focused on human rights approaches to the teaching of student healthcare professionals, countering stigma and discrimination and challenging the denial of autonomy and legal capacity, particularly as mandated and perpetuated through mental health legislation. 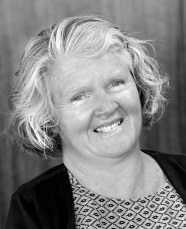 Rosemary Kayess, is an internationally recognised human rights lawyer, and currently teaches in the Faculty of Law at the University of New South Wales (UNSW). Convening international law and human rights subjects, focusing on the equality provisions within international instruments and their translation into domestic law and policy.

Rosemary is also a Senior Research Fellow with Social Policy Research Centre UNSW and has extensive research experience working and advising on a variety of social policy research projects including access to justice, social inclusion, employment, human rights and disability, including work on the implementation of CRPD in Australia, Asia/Pacific and Europe.

Rosemary has extensive United Nations engagement experience. She has been a member of 15 delegations to UN fora, including 7 government delegations and 6 as head of delegation. This includes being an external expert on the Australian Government delegation to the United Nations a General Assembly Ad Hoc Committee negotiations for the Convention on the Rights of Persons with Disabilities. She successfully facilitated the negotiations on Article 24 Education. A highly contentious article where through her successful diplomacy agreement was reached on an article that frames a transition from segregated to inclusive education for all. Theresia Degener the Vice Chairperson of the UN Committee on the Rights of Person’s with Disabilities has claimed that the final text “is a true compromise and in my opinion a masterpiece. The credit for it goes to a large extent to Rosemary Kayess, an eminent international lawyer”.

A published academic Rosemary has written extensively on human rights and disability, and the implementation of the CRPD. Her publications include intersectionality of the rights of women with disability, the right to inclusive education and disability inclusive development. 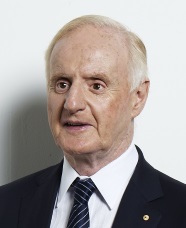 Ron McCallum was born in 1948 in Melbourne Australia. He was born totally blind. Ron began his education at two special schools for blind children. He studied law at Monash University in Melbourne. In 1972, he was awarded a scholarship which paid for him to study advanced law at Queen’s University in Canada.

In 2013, Ron was appointed as a part-time member of Australia’s Administrative Appeals Tribunal and he hears appeals about welfare, disability and citizenship.

Ron is married to Professor Mary Crock and they have three grown up children. 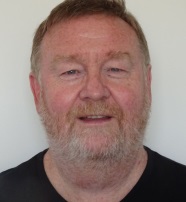 A failed drummer, Roger settled for a life in education instead. Roger is the Founding Editor of the International Journal of Inclusive Education. He was Chair of the Board of Directors of Children with Disabilities Australia and has been the Deputy Director General of Education in Queensland in Australia. Roger was Chair of Inclusive Education at the Institute of Education, University of London and is now a Vice Chancellor's Crossing the Horizons Professorial Appointments at the University of South Australia. Roger is the author of The Irregular School. 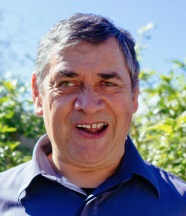 Gary Williams is Ngati Porou, lives in Christchurch and has been a disability advocate for four decades. He has represented the interests of disabled New Zealanders both nationally and internationally.
During his time as the CEO of the Disabled Persons Assembly he was influential on a range of initiatives including the successful development of the Convention on the Rights for Persons with Disabilities and closing large-scale warehouses where only disabled people lived.
Latterly, he and his wife Ruth Jones, have been focussed on the issues for disabled Maori, the overhaul of the way that disabled people are supported and life in post-earthquake Christchurch.
Gary has had multiple awards for his work. 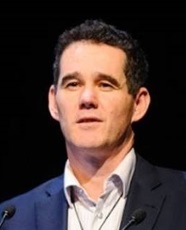 Paul Gibson is an independent disability consultant currently working with disabled people’s organisations, other NGO’s and district health boards. He has been DPA president. He was Disability Rights Commissioner at the Human Rights Commission from 2011-17. The work he has led includes historic state abuse, accessibility, education, New Zealand Sign Language, Down Syndrome and antenatal screening, neuro-disability, mental illness/ psycho social disability, and transformation of the support system. Internationally he led in promoting the voices of under-represented groups within the disability community, and he chaired the Global Network of National Human Rights Institutions disability caucus. He previously worked in health, tertiary education, a farmer, and as a musician.

Paul is currently working to establish a broad based disability institute connected with tertiary education and research institutes.

Paul is blind and uses Braille and speech output technology. He is married to Ali, and is Dad to two girls. 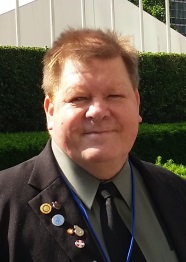 Robert has spent his life advocating on behalf of disabled people and in particular people with learning disability, both in New Zealand and around the world. Robert spent the majority of his childhood in institutions. This experience has given him a great interest in ensuring that all disabled people get the opportunity to live in the community from birth.

Working for IHC New Zealand for some years, Robert assisted the organisation to bring self-advocacy and People First to New Zealand. He is now a Life Member of the Disabled People’s Organisation, People First New Zealand Ngā Tāngata Tuatahi, and is the local assistant for the Whanganui group.

Robert is a recognised role model for people with learning disability and a sought-after international speaker and advisor on self-advocacy. Over the years, Robert has travelled the world speaking to organisations, families and people with learning disability about many topics, including the right to live in the community, deinstitutionalisation, the right to work, and having the life of your choice.

His words have effected change in policies and practices which have made a positive difference for disabled people around the world.

Robert has had a book written about his life called “Becoming a person”.

Robert was New Zealand’s nominee for the Committee for the United Nations Convention of the Rights of Persons with Disabilities, and was successfully elected to this role in June 2016. His four-year term as an Independent Expert started in January 2017 and he has just completed his second session.