About Jack Dodd and Dan Walls

The Dodd-Walls Centre is named after the two contrasting personalities responsible for the prominent international standing of New Zealand Physics in Quantum Optics, Photonics and Ultra-Cold atoms. They were both the sort of person you notice immediately upon entering a room, but in characteristically different ways. 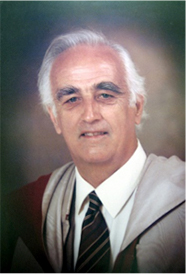 Jack Dodd was a man of great charisma and personal charm, a lively, witty man; one might say even, a professor of the old school. Nevertheless a man who did the first experiments which demonstrated the phenomenon of "quantum beats", and gave the theoretical explanation for them.

Born in Hastings to parents who encouraged a lively intellectual atmosphere in the home, he was deliberately given a middle name to inspire his interest in science. By the time Jack began school, his family had moved to Dunedin, and over his school years he developed a passion in number of areas, becoming an accomplished musician and graceful dancer.

Although his wide ranging interests were sometimes detrimental to his academic studies, he was a student of outstanding ability, and entered the University of Otago to study physics in 1940. Jack threw himself fully into University life, and served as President of the Otago University Student association, before completing his BSc in 1942. He then went into war service, working on scientific problems, before returning to Otago to complete his Master’s degree in 1945, and a year of Honours mathematics in 1946.

In 1947 he was awarded an 1851 Exhibition Scholarship for doctoral study in Birmingham, where he wrote his thesis in nuclear physics. With characteristic energy, he made time for outside activities, including playing in the British open bridge championships in 1948 and representing New Zealand at an International Students Union Congress in Paris in the same year. That year was also a personal landmark when Jack met his future wife Jean, and they married in Coventry in 1950. He completed his doctorate in 1952, and although it was normal at that time for outstanding young New Zealand physicists to remain abroad permanently to further their careers, Jack chose to return to the University of Otago to take up a lecturing position.

He was a visionary, with the ambition to establish physics research of international quality in New Zealand, and since it was not practical to continue in nuclear physics, he started afresh in the field of atoms and electromagnetic radiation. This was an area that was surging ahead with the impetus of recently developed electronic technologies such as radar, and he began working to explain some new and puzzling observations in atomic spectroscopy.

His development of some original ideas in this field led to the award of a Nuffield Fellowship to Oxford in 1959. During that year he developed a close collaboration and lifelong friendship with George Series, as they formalized his ideas to produce a proper theoretical description of the phenomenon which became known as quantum beats. The central idea was that incident radiation could establish a coherent quantum superposition between two atomic levels of different energy, which would subsequently reradiate with a temporal intensity modulation that would characterize the superposition. Jack’s first public presentation of his ideas was given under the stern gaze of Willis Lamb, Professor at Oxford and Nobel laureate for his own work on atomic spectroscopy. Lamb’s initial response was sceptical, but within a few days he reversed his view, and endorsed Jack’s theory.

The elegant paper [1] published to report the findings became widely known as "Dodd and Series" and proved extremely timely, with the field of spectroscopy about to experience explosive growth under the revolutionary impact of the laser. This classic paper was one of a number that helped establish the theoretical foundations of the new field of laser spectroscopy, and later quantum optics, and was widely cited for many years.

When Jack returned to Otago in 1960, he set about creating a research group, and he recruited a team of outstanding students and colleagues. Over the next decade they extended the initial ideas, and carried out a series of experiments which cemented the ideas into wide acceptance. Jack was an inspirational leader, and a generous and loyal supporter of his colleagues and students. Many of the group from those years have gone on to forge outstanding academic careers in New Zealand and Australia, and he took great pleasure in the success of those who succeeded him.

Recognition for his achievements came from a number of sources. In 1967 he was awarded a Visiting Fellowship for a year at JILA, a joint institute between the US National Bureau of Standards and the University of Colorado. Jack became a Fellow of the Royal Society of New Zealand in 1964, and was appointed Beverly Professor of Physics at Otago in 1965, a position he held until his retirement in 1988. He was awarded the Hector medal of the Royal Societyof New Zealand 1976 in recognition of his research achievements. The connections he pioneered with Oxford and JILA have been fruitful and enduring ones for Otago that have benefited many staff and students, and have led to reciprocal visits from colleagues at JILA and Oxford. 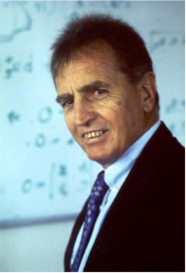 Dan Walls, in contrast, impressed immediately by the power of his personality and his personal conviction of the importance of quantum mechanics, of New Zealand and by his absolutely uncompromising view that he would not only do research of international standard in New Zealand, but also of world leading standard, and that the New Zealand science system would have to adapt to this point of view, sooner rather than later. The depth of this conviction became a self-fulfilling prophecy, leading to the current recognition of New Zealand as one of the leading countries in Quantum Optics, Photonics, and Ultra-Cold Atoms.

Dan Walls, like Jack Dodd, was born in Hawkes Bay, but in Napier rather than Hastings. Even though I was myself was born in Hastings only a month later, he and I first met in Auckland, in form 3A at Auckland Grammar School in 1956. For the next five years we were rivals (in the atmosphere of competition still in favour in that institution) for the top places in physics, science and other subjects. We were then both students in the Physics Department of Auckland University from 1961 to 1965, and both of us then left, after completing MSc degrees, for foreign parts, he to Harvard, and myself to Oxford.

In the early seventies, after five years of doctoral and postdoctoral work, we both returned to New Zealand, and by 1972, were both senior lecturers in the University of Waikato. The science departments were established there only in 1970 - hence our job was to set up theoretical physics there. As eager young Turks, we set about doing this with an enthusiasm which did not always meet with approval from the local establishment.

Dan had been a student of Roy Glauber, one of the winners of the 2005 Nobel Prize in physics, who set up the concepts and formalism of Quantum Optics, the study of those aspects of optics in which quantum mechanics played a dominant role. Jack Dodd’s work on quantum beats was a pioneering piece of work in this field, done before the introduction of the laser as a practical experimental tool. Glauber’s work formulated the concepts necessary to describe the physical phenomena now available for study because of the availability of the intense coherent monochromatic light produced by lasers. Dan had also spent a postdoctoral year in Stuttgart with Hermann Haken, one of the pioneers of the quantum theory of the laser, and arrived in New Zealand well equipped to spread the word here. My work overseas had been in particle physics, but like Jack Dodd, I felt something else was appropriate for New Zealand, and I joined Dan in his research.

In the first few years in Waikato we branched out into nonequilibrium thermodynamics of chemical reactions, a field of study that had many formal similarities to the methods of quantum optics, and which led to the formation of significant international connections. However, we soon moved more seriously back into quantum optics, especially after Howard Carmichael arrived from Auckland University to work on a D Phil with Dan and myself as 1st and 2nd supervisor. Dan first became prominent in quantum optics in his prediction, with Howard Carmichael, of the existence of photon antibunching in the spectrum of resonance fluorescence, and thus initiated the study of non-classical light as an experimentally realizable subject.

During this initial period John Harvey, also a graduate of Auckland University who had done doctoral studies overseas took up a postdoctoral fellowship in Auckland University. John had worked on theoretical nuclear physics, but also decided a change was in order. He a Dan decided it might be a good idea to start work on biophotonics. Among other things this led to a joint research effort with the then Ruakura Agricultural research Station on laser measurement of bull sperm motility. Thus John became an experimental laser physicist, and ultimately a photonics researcher.

Dan later became very active in the theory of optical bistability, and in the formulation of proposals for the production of squeezed light. He, Matthew Collett, at that time doing research for his MSc thesis, and myself developed the crucial theoretical foundations required to describe the experiments on squeezed light, predicting correctly the full squeezing spectrum measured by the team of Jeff Kimble (then in Texas, now in Caltech.) After these achievements, the "New Zealand School" of quantum optics was firmly recognized, and we both wrote definitive books on Quantum Optics. Dan’s book was authored with Gerard Milburn, whom he had attracted from Australia to do doctoral work in Waikato, and who is now internationally famous as an expert on quantum information, and is the director of an Australian Centre of Research Excellence in Brisbane based on that subject.

In 1987 Dan took up the Chair of Theoretical Physics at Auckland University, while I stayed at Waikato, and we established a programme of ongoing joint meetings once a month, alternately in Auckland of Hamilton. The effect of Dan’s move was to double the size of the theoretical Quantum Optics effort in New Zealand.

Later Dan moved into theoretical atom optics, and in the last few years he was also active in the field of Bose-Einstein condensation. His ability to identify what the most important problem of the time, and to motivate research students (as well as other researchers from all round the world) to join in research programmes on such problems, was one of his most prominent characteristics. Typically, too, he could see that many problems could be reduced to very simple models, which were amenable to rapid solution.