Researchers from the Dunedin School of Medicine and the University of Otago, Christchurch are collaborating to develop a new test to assist the World Anti-Doping Agency (WADA) uncover drug cheats in sport.

Associate Professor David Gerrard from the Dunedin School of Medicine and Associate Professor Chris Pemberton and colleagues from the Christchurch Heart Institute (CHI) were recently awarded a WADA research grant to create a new test to detect Erythropoietin (EPO) in athletes’ blood samples.

EPO is a naturally-occurring hormone produced by the kidneys, which stimulates the production of red blood cells. This hormone can also be manufactured and may be injected into the skin or directly into the blood stream.

The use of artificial EPO to enhance athletic performance began in the 1980s. It was recently linked with drug-use scandals in professional cycling that exposed seven-times Tour de France winner Lance Armstrong.

Associate Professor Gerrard says the major difficulties with testing for EPO in sport lie in the sophisticated protocols for drug administration, undertaken by athletes and their medical advisors.
"WADA encourages fair play in sport, something we strongly support and we are excited to be able to promote this philosophy through cutting-edge science," he says.

By timing the micro doses of EPO, athletes are able to maximise effects but avoid detection through routine blood analysis. Synthetic EPO is indistinguishable from the natural protein and what was lacking was a test that would detect a part of EPO not previously measured.

Associate Professor Pemberton says current testing methods can only focus on parts of the EPO protein that scientists know are essential for performance improvement. "But we have now discovered a part of the protein not thought to be present in blood and our specific test for this, to be trialled in volunteers, will fill this gap. This represents an exciting new breakthrough," he says. 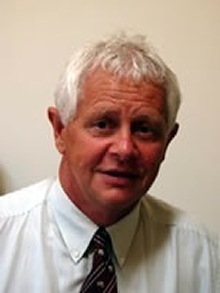