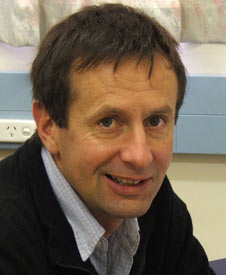 Rural patients in southern New Zealand are much less likely to receive computed tomography (CT) scans than their city-dwelling counterparts, according to University of Otago research that is the first to compare such scanning rates.

In a study recently appearing in the international journal Health Policy, Dr Garry Nixon and colleagues show that urban patients in Otago-Southland were 1.6 times more likely to access CT services than those living in these regions’ remote rural hospital catchment areas.

Overall, the researchers found scanning rates of between 19.9 and 45.6 per 1000 population per year in the two time periods studied (2007/2008 and 2010) which they indicate is low by international standards.

While scanning rates had increased since 2007/2008, in 2010 patients living in the rural hospital catchments, except Balclutha, still had statistically significant lower CT scan rates than those in urban base hospital catchments to which they normally refer patients.

Dr Nixon and his colleagues went on to examine the extent to which the introduction of a new scanner improved access to CT scanning at Oamaru Hospital which, in 2008, became the second rural hospital in New Zealand to install a CT scanner.

Their findings indicate the scanning rate for Oamaru residents almost doubled after the local scanner was installed. By 2010, the community had the highest scanning rate in the region, 1.2 times that of Dunedin. However, the researchers point out this higher rate was not sustained and by 2011 and 2012, rates were on par with those in Dunedin.

“The sharp rise in scanning rates and then levelling off suggest that the high rates seen in the first two years were the result of pent up demand and not an indication of long-term overservicing,” says Dr Nixon.

An analysis of the scanning rates in Oamaru was recently published in The Australian Journal of Rural Health.

Any impact the rural-urban CT scan disparities may have on healthcare outcomes is unclear and requires investigating, as does the extent to which increasing local services can improve health care outcomes, according to Dr Nixon.

“The situation in Oamaru would indicate that it is possible for rural communities to overcome the disparity in utilisation rates we observed in our initial study.”

“Further research is needed to find out whether these rural urban disparities are present in other specialist services and regions and if they are, what impact they have on healthcare outcomes for rural patients.”