Older people and those prescribed multiple medications are most at risk of medication-related harm, a new University of Otago study shows.

The study, published in the British Journal of General Practice, reviewed the electronic records of 9,076 randomly selected patient records from 44 New Zealand general practices in a bid to identify and describe all medication-related harm. 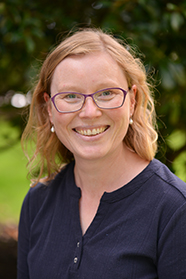 Lead author Dr Sharon Leitch, a senior lecturer in the Department of General Practice and Rural Health, says while the study reveals medication-related harm is “common, mostly minor and considered not preventable” nearly 20 per cent of harms were preventable and that area needs addressed.

In the three years from 2011 until 2013, 7,308 of the 9,076 patients were prescribed medication by a general practitioner. Almost a quarter (24 per cent) of those prescriptions resulted in harm.

Harm was rated minor (such as rashes or vomiting), moderate (such as untreated anaemia, poor diabetic control), severe (including renal failure, pulmonary embolism or morphine overdose) and death.

Most harms were minor (80 per cent), but one in five were moderate or severe and in three cases they were fatal. Eighteen patients were hospitalised.

“This is the area we need to try to address through targeted patient safety initiatives.

“Medication can harm as well as heal. This study highlights the importance of only taking medicine if it is needed and reinforce the need for vigilance and care in even routine medication use,” Dr Leitch says.

Patients most at risk of medication-related harm were older, and those who had multiple consultations and multiple prescriptions. Patients aged between 60 and 74 were twice as likely to experience harm, while those aged over 75 were three times as likely.

“Identifying these patients may help inform shared decision-making at the time of prescribing and target risk monitoring. Patients should discuss any concerns about medication and their health with their health care provider. Sometimes it is useful to include whanau in those discussions.”

This is the first time such a study has been done.

“We conducted this study to find out what was happening in New Zealand general practice, to determine the risk posed by medication in the real world.

“Medication safety is a priority for healthcare - we want to help patients, not to harm them. General practice has been considered a safe place for patients, without much research in this area,” Dr Leitch says.