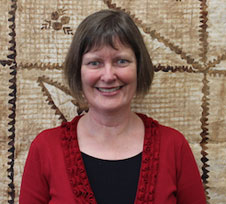 Off-label use of proton pump inhibitors is common among New Zealand infants, according to new University of Otago research.

Proton pump inhibitors (PPIs) are drugs that are used to treat stomach ulcers and gastro-oesophageal reflux disease (severe inflammation of the oesophagus caused by the reflux of stomach contents into the oesophagus).

Earlier work by the Otago researchers showed that PPI use increases the risk of suffering a rare, but potentially serious, kidney disease called interstitial nephritis.

The PHARMAC-funded PPIs available in New Zealand include omeprazole, lansoprazole and pantoprazole. PPIs are not approved for use in children aged less than one year, and any prescribing of PPIs to children in this age group is termed ‘off-label’.

The researchers examined anonymised health and prescription drug dispensing records of all children born in New Zealand between 2005 and 2012 (22,643 children) and found that 2.4 per cent of those born in 2005 were dispensed a PPI before their first birthday. This increased to 5.2 per cent for children born in 2012.

The study, which was recently published in the Journal of Pediatric Gastroenterology and Nutrition, is believed to be the first study to have examined the use of PPIs by infants across an entire country.

“The overall prevalence of PPI use among New Zealand infants appears to be much higher than the reported prevalence among selected groups of infants in other countries,” says Dr Lianne Parkin, co-author of the study and a Senior Lecturer in the Department of Preventive and Social Medicine.

“Although there are no comparable overseas studies that have examined the individual health and dispensing records of all children in a given country, a study that investigated PPI prescribing among US infants with private health insurance generated concern among the US medical community when the researchers reported that less than one per cent of the children in that study had been prescribed a PPI,” Dr Parkin says.

Reflux is common among infants and usually subsides by the child’s first birthday without the use of drugs. Clinical trials with infants have not found that PPIs are more effective than placebo in relieving symptoms attributed to reflux. In these trials, children diagnosed with reflux who were given a PPI were not observed by their caregivers to cry or fuss less than children who were given a placebo.

Lead author Mei-Ling Blank, a Research Fellow in the Department of Preventive and Social Medicine says there may be some severely ill children who might benefit from the use of these drugs.

“However, the administration of omeprazole or another PPI to an otherwise healthy child with uncomplicated reflux should be questioned by that child’s caregivers and doctors, Ms Blank says.

The authors also found that between 2005 and 2012, 28.1 per cent of registered doctors prescribed a PPI to an infant, and there were large differences in PPI use observed between District Health Board regions.

“We hope that our study may spark discussion about the appropriate use of these drugs by children,” adds Ms Blank.

The study was funded by a Strategic Research Grant from the Department of Preventive and Social Medicine, the New Zealand Pharmacovigilance Centre, and Medsafe (New Zealand’s medicines and medical devices regulator).