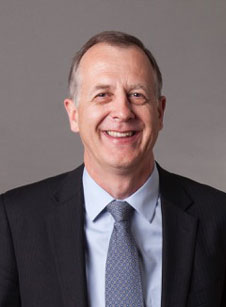 Being overweight or obese from as early as three years of age is associated with measures of cardiovascular risk in early midlife, according to new findings from the world-renowned Dunedin Study.

The Study has closely tracked nearly every aspect of the health and development of more than 1,000 people born in Dunedin in 1972-73 until the present day. This latest research from the internationally lauded longitudinal study appears in the International Journal of Obesity.

Lead author of the new research paper, Professor Michael Williams, says that being overweight or obese in adulthood is a known risk factor for developing cardiovascular disease, which is the number one cause of death worldwide.

Endothelial dysfunction (a disease of the inner lining of blood vessels) was used to measure cardiovascular risk at age 38 in the Study members. Using body mass index information collected at ages 3, 5, 7, 9, 11, 13, 15, 18, 21, 26, 32 and 38 years, researchers identified people as belonging to one of four different weight groups. Compared to those of normal weight, those children who were in the overweight, obese, or severely obese groups over time were more likely to develop endothelial dysfunction by age 38.

“These findings are important because determining an association early on may help provide further impetus for interventions to prevent overweight and obesity beginning in early childhood with the goal of improving long-term cardiovascular health,” he says.

The study also showed that endothelial dysfunction at age 38 years was associated with poorer physical fitness and other measures of cardiovascular risk such as lower high-density cholesterol levels - otherwise known as “good” cholesterol - and markers of inflammation at age 38.

According to a recent New Zealand health survey, one in nine children (11 per cent) are obese and a further 21 per cent are overweight.

“This means we are facing a real time-bomb in terms of the potentially enormous burden of ill-health in a substantial proportion of our population,” he says.