The cost of diabetes among Pacific peoples

Supervised by Senior Research Fellow Dr Kirsten Coppell, and colleague Dr Trudy Sullivan (Health Economist), Ms Pupi found that the economic cost of diabetes among Pacific people living in New Zealand is wide-reaching, and has a huge cultural aspect.  And the cost isn't limited to the individual but impacts on the family and community members as well.

Some of the extra expenses identified were associated with medications, changes in the types of food purchased, travel costs for family and community members who support affected individuals, and lost income.  The results of this study were presented at the New Zealand Society for the Study of Diabetes (NZSSD) annual meeting, held in Dunedin, May 2017. 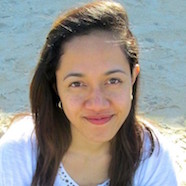