Professor Jim Mann tells us why energy drinks are so bad

Professor Mann joined Mark Sainsbury to discuss top Kiwi heart specialist Dr Harvey White's call for energy drinks to be banned for those under 16 years of age.  Recent research shows that caffeinated sugary drinks consumed by young people are associated with fast heart rates, insomnia, headaches and in some cases even seizures.

Professor Mann supports the call to ban these drinks for those under 16, but also comments that they are not good for you whatever age you are.

“They’re loaded with sugar. They are loaded with caffeine,” says Professor Mann. “For obvious reasons, they are no good for anybody.”

Professor Mann also called on professionals and the media to push the message that “these so-called ‘energy drinks’ are as bad, if not worse, than sugary beverages.” Chef and TV personality Jamie Oliver is also calling for a ban on the sale of these types of beverages to those under 16 in the UK.

Listen to the interview

Read more about the problem with energy drinks 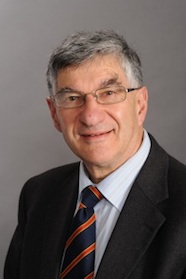