Professor Signal, who is based in the Department of Public Health at the University of Otago, Wellington, conducted interviews with sports administrators and looked at food sold at 31 rugby and 20 netball sporting venues across New Zealand. Her research team found that 68 percent of food sold at netball venues and 62 percent sold at rugby venues was unhealthy:

"the majority of food that we have got at all of our sports across the board, from the national level right down to the local netball court, is dominated by junk food"

New Zealand has one of the highest rates of obesity in the world, with one third of our children overweight. Healthy nutrition policies are urgently needed in sports clubs, says Professor Signal, which requires support from health agencies and leadership from national sports organisations.

"New Zealand has high levels of participation in sport which is good for our well-being but we don't want this undone by a diet of junk food," she said.

Hear more about this study

Read about those taking the lead in healthy sporting events 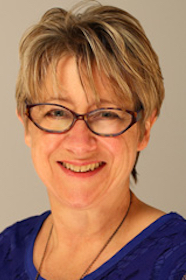 This study was funded by the Health Research Council of NZ