Six up-and-coming University of Otago staff have been announced as this year’s recipients of Early Career Awards for Distinction in Research.

Their respective research spans diverse topics including how variation in our genomes leads to differences in development and health, molecular signalling mechanisms at the interface between cellular life and death, the biogeochemical cycles of trace metals in the marine environment, the clinical understanding of personality disorders, investigations spanning both comparative and developmental psychology, and the links between sacred and secular law in contemporary societies.

“These talented researchers are making exceptional contributions toward improvements in health, wellbeing, and our understanding of the world at this relatively early stage in their careers, and we can expect more to come from them in the years ahead. Their achievements exemplify the quality of research being undertaken at Otago,” Professor Blaikie says.

The Early Career Awards for Distinction in Research were introduced in 2004 to recognise and nurture the University’s most promising early career researchers. Each recipient will receive $5,000 to support their research and scholarly development. 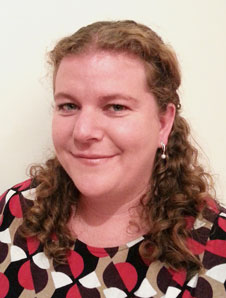 Dr Louise Bicknell is a Rutherford Discovery Fellow in the Department of Pathology, Dunedin School of Medicine. She completed her PhD in human genetics with Professor Stephen Robertson in 2007. In 2008 she commenced a postdoctoral position studying the genetic basis of growth disorders at the MRC Institute of Genetics and Molecular Medicine, University of Edinburgh, supported by a Medical Research Scotland grant from 2012. Her research employed the latest innovations in next-generation sequencing technology alongside molecular biology expertise to identify novel genetic causes of growth restriction, leading to six publications in Nature/Nature Genetics journals within the last five years.

Her broad research theme is understanding how genetic variation present in our genomes makes people differ in their development and their lifetime health. She focuses on rare human disorders, where her lab uses cutting edge sequencing technology and molecular biology techniques to identify and understand novel causes of human disorders and whether additional genomic variation may account for the inter-individual variability seen in human syndromes. 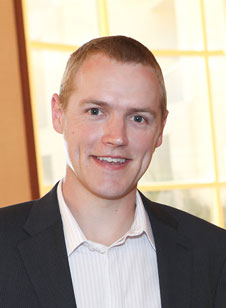 Dr Peter Mace is a Senior Research Fellow in the Department of Biochemistry. He completed both undergraduate and PhD studies in Biochemistry at the University of Otago followed by time as a Postdoctoral Fellow in Dunedin and at the Sanford Burnham Prebys Medical Discovery Institute in San Diego, California.

Dr Mace returned to Otago upon receiving a Rutherford Discovery Fellowship in 2013, and has since established a lab investigating proteins that attach phosphate or ubiquitin tags to proteins within cells. Phosphate and ubiquitin signalling tags control the logic of cellular behaviour, and defects in proteins that add or remove these tags are the cause of cancer and numerous other diseases. Dr Mace’s speciality is in determining the three-dimensional structure of such proteins, with the goal of understanding how they function in their normal state and conversely how they are disrupted in disease.

Since returning to Otago, Dr Mace’s work has attracted funding from the Health Research Council, The Neurological Foundation, Lotteries Health Research and the University of Otago. It has also been published in numerous high-impact international journals, including a recent study published in Nature. 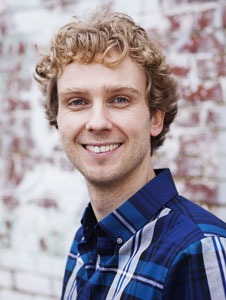 Dr Middag’s research focuses on the biogeochemical cycles of trace metals in the marine environment. Though often solely regarded as toxins, metals such as iron or manganese are required as nutrients for the growth of all organisms. For certain ocean regions such as the Southern Ocean, trace metals can limit the amount of marine life that can be sustained. This in turn influences the global carbon cycle and consequently, global climate. This is also the topic of his current Marsden Fast-Start grant. Other research includes the marine biogeochemical cycling of non-nutrient metals as well as tracing toxic and nutrient metals through New Zealand coastal ecosystems within the National Science Challenge ‘Sustainable Seas’. 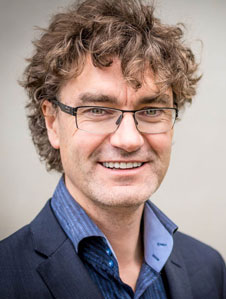 Dr Giles Newton-Howes is a Senior Lecturer in the Department of Psychological Medicine at the University of Otago, Wellington. He is also a consultant psychiatrist and clinical leader for Te-Upoko-me-te-Whatu-o-Te-Ika, the mental health alliance of Capital and Coast, Hutt Valley and Wairarapa DHBs. He completed his medical training at the University of Otago before completing his psychiatry training at Imperial College, London. He is a general adult psychiatrist with a sub-speciality in substance misuse psychiatry.

Since his appointment in 2013, he has focused his research activities in three areas: the epidemiology and treatment of addiction, the intersection of personality and mental state disorder, and the interface between psychiatry and society. He has published in a number of general and specialist journals including the British Journal of Psychiatry (BJPsych), The Lancet and Addiction. He has been an invited speaker internationally in these areas and has received grant funding from internal and external sources to support this.

Dr Newton-Howes acts as a systematic reviews editor for BJPsych and sits on the board of BJPsych, BJPsych Bulletin and the specialist journals Personality and Mental Health and the International Journal of Mental Health and Capacity Law of which he is one of the founding editors. He has published 47 papers as well as a handbook on the management of personality disorders with Oxford University Press. He also contributes a chapter to the Oxford Textbook of Psychiatry. 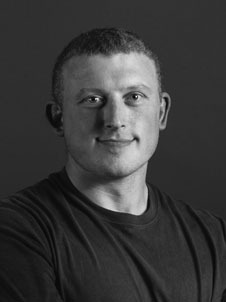 Dr Scarf’s research spans both comparative and developmental psychology. His comparative research focuses on the similarities/dissimilarities between human and nonhuman animals, including whether birds are capable of higher-order behaviours such as numerical cognition and orthographic processing. His comparative work has been published in a number of American Psychological Association (APA) journals and the prestigious journal Science.

Dr Scarf’s developmental research builds on his strong grounding in behaviour and investigates the mechanisms underlying self-control and mental time travel in preschool children. His developmental research includes adolescence, investigating the impact of self-control and foresight on alcohol consumption, and interventions aimed at curbing alcohol consumption and alcohol-related harms. His research on adolescence has recently expanded to include how social connectedness and a sense of belonging can nurture resilience in adolescents.

He has published over 30 papers in peer-reviewed journals and written three book chapters. He has also given a number of talks at national and international conferences and was a speaker at the 2015 Dunedin TEDx event. 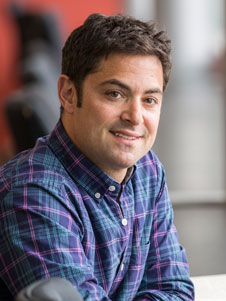 Dr Ben Schonthal is a Senior Lecturer in Buddhism and Asian Religions, in the Department of Theology and Religion. He received his PhD from the University of Chicago in the field of history of religions, where his dissertation won the 2013 Dissertation Award from the international Law and Society Association.

Dr Schonthal’s research examines the intersections of religion, law and politics in Southern Asia, with a particular focus on Buddhism and law in Sri Lanka. His work appears in The Journal of Asian Studies, Modern Asian Studies, American Behavioral Scientist and other places. His first book, Buddhism, Politics and the Limits of Law, will be published in September with Cambridge University Press.

His current research project, funded by a Marsden Fast Start grant, uses a case study of Buddhist monastic law in Sri Lanka to ask questions about the links between sacred and secular law in contemporary societies.

He has served as the President of the New Zealand Association for the Study of Religions and as a fellow at the Institute for Advanced Study in Bielefeld, Germany as part of an international research group on Religion, Constitutionalism and Human Rights. In 2015, the Otago University Students’ Association named him one of the “top ten teachers”.