Who am I? by guest artist Megan Griffiths - a work in the recent Art in Genetics exhibition - explored the inexorable decline of memory and abilities in people facing dementia or Alzheimer's disease.

Seeing their research interpreted by artists has given researchers in the University’s Genetics Otago Research Centre a new way to view their own work.

It featured 21 science-inspired art works, ranging from sculptures to paintings to jewellery.

A collaboration between the Dunedin School of Art and the University, the initiative saw researchers pair up with artists after a “speed dating” type session in which the scientists presented their work to each artist in three-minute talks. The artists were asked to draw inspiration from the work, rather than illustrate it, and the range of creations was incredible. 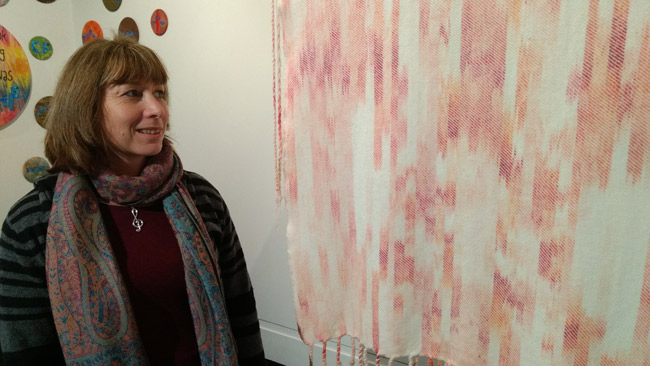 Associate Professor Horsfield is a developmental geneticist based in the Department of Pathology. Her research group investigates the role of chromosome structure in animal development and cancer – and her specific research interest lies in cohesin proteins. These are large, ring-shaped multi-proteins that organise DNA into loops. The loops influence how genes on the DNA can be accessed by other proteins, including those that switch genes on or off.

She says the real thrill for her, was seeing how the artists were inspired by not just by her topic, but by the process of her research.

Heir Loom resembles a red and white “heat map”, used to illustrate the clustering of DNA by these cohesin molecules. To create it the artists mimicked what happens within cells – looping and dying 23 warps of wool (like the 23 chromosome pairs in a piece of DNA) and then weaving them together. 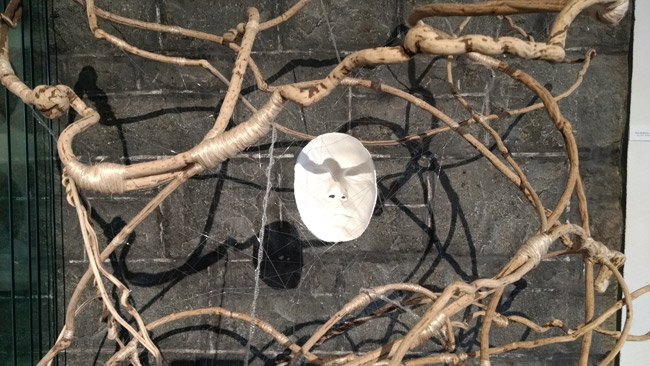 In Pungao o te Ira, the artists imagined an unfolding chromosome, the unravelling of DNA - with some sections closed in the twist of the double helix, and some roaming free. The three-dimensional work cast a two-dimensional shadow on the wall behind it, just as a scientist might depict the three-diminsional chromosome in two dimensions in an illustration.

While Heir Loom was very different from Pungao o te Ira, Dr Horsfield says they both resonated with her. 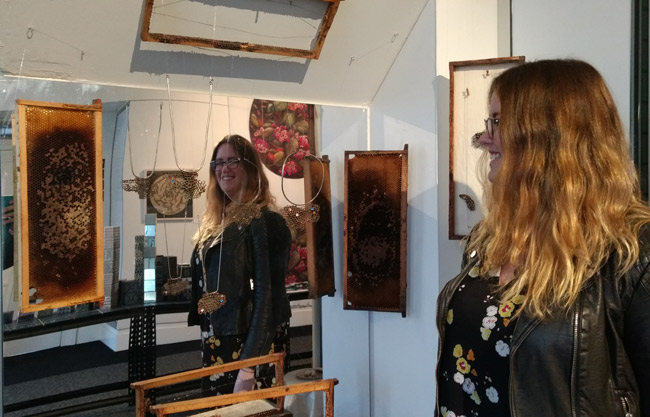 Ms Lovegrove is two years into a project under Professor Peter Dearden of Biochemistry, looking at evolution of the genetic mechanism in which honey bee queens can stop their workers from reproducing.

She says she was amazed when she saw how the work had turned out.

“It’s really beautiful. Often science is black and white, and this is a really good way of stepping back and seeing it in a different light.” 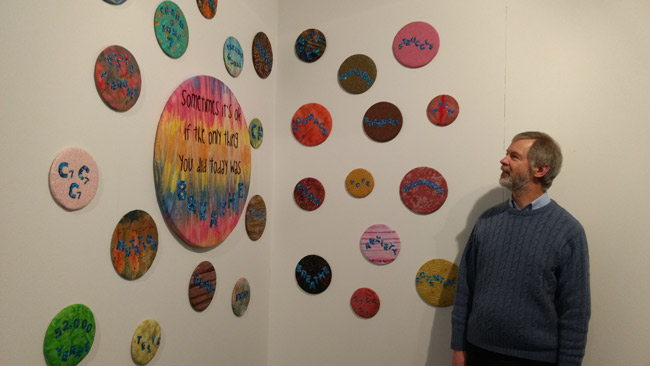 Professor Iain Lamont with Beauty is the Beast by Susan Nunn.

Similarly, Professor Iain Lamont of Biochemistry says he was impressed by the beauty of Susan Nunn’s interpretation of his work into the Pseudomonas bacteria which can infect patients with cystic fibrosis.

Beauty is the Beast is a series of circular fabric pieces decorated with blue bead words from a cystic fibrosis sufferers. It is an interpretation of the Pseudomonas bacteria growing on round petri dishes in the lab.

The idea for combining art and science in this way was suggested by Anatomy’s Dr Ruth Napper – and resulted in the 2013 Art in Neuroscience exhibition.

An exhibition like this had been held each year since then, coordinated by Dr Napper and Peter Stupples of the Dunedin School of Art.