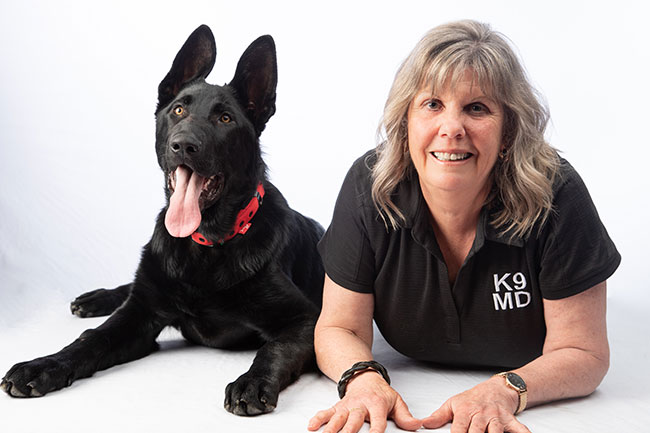 The University of Otago and K9 Medical Detection NZ are working together to investigate using dogs as a diagnostic tool to sniff out prostate cancer.

It is a strategy currently being used in the UK and University of Otago researchers are set to begin a proof of concept trial to determine whether trained detection dogs can be used similarly in New Zealand.

Dunedin dog trainer Pauline Blomfield and two like-minded friends have established the K9 Medical Detection New Zealand Charitable Trust, buoyed by the success of medical detection dogs internationally sniffing out a variety of diseases in the UK, from Parkinson’s disease to malaria.

Medical detection dogs are trained to identify volatile organic compounds (VOCs) which are released from tumours present in medical conditions, such as cancer.

When it comes to detecting cancer, there is growing evidence that elevated levels of a “signature” of volatile organic compounds (VOCs) are associated with disease growth.  Research has shown that dogs can be trained to detect these odours and identify the “signature smell” associated with cancer.

Mrs Blomfield says a dog’s sense of smell is remarkable and they are able to detect stable concentration thresholds of 1-2 parts per trillion, that’s the equivalent of one teaspoon of sugar in two Olympic-sized swimming pools of water.

“Compared to humans, who have five million scent receptors, dogs can have up to 300 million.  Where we might think ‘that casserole smells nice’, dogs can layer scents, so in the casserole they can smell the meat, the onion, the cabbage, the tomatoes,” Mrs Blomfield explains.

The University of Otago has joined the K9MD trust as the official research partner together with a full medical advisory team, an international canine scent detection expert to review the work, a biostatistician to analyse the data, a training facility in the North Island with a laboratory for the storing and handling of all medical samples, an adult dog (Frieda) ready to start work and nine-month old puppy (Levi) in the development programme. 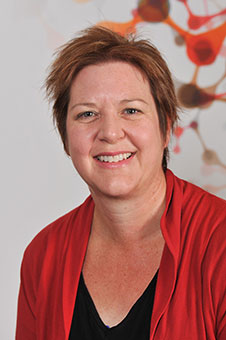 It would be incorrect to think the dogs are going to be out in the community sniffing around men’s crotches.  Instead, Professor Sarah Young, Head of the Department of Pathology at the Dunedin School of Medicine, explains the proof of concept trial will be based around dogs detecting prostate cancer cells in urine with the view that in future men will be able to provide a urine sample to be tested.

One of the benefits of using dogs as a diagnostic tool is that it enables a non-invasive test, she says.  Currently in New Zealand, many men are discouraged from being tested for prostate cancer because there are limitations around the current blood test results, while the other option of a digital rectal exam turns many away.

Cancer is currently the number one killer in New Zealand with 9500 people dying each year. Early detection is a critical factor, Professor Young explains.

“If we can develop a non-invasive test which can be used at a much earlier stage, we will hopefully see an increase in patient uptake and improved health outcomes for the country.”

Professor Young says a wide variety of researchers and clinicians across the University’s campuses and rural hubs are involved and excited about the partnership with K9 Medical Detection NZ.

“We want our research to be meaningful to New Zealanders. With our biomedical research we often work at the front-end in the lab where what we are doing will lead along a pathway, but does not have immediate applicability, the great thing about this is that it is immediately applicable.”

Dogs are bred and selected from well-known working dog lines with prodigious lineages to undertake the detection work.  However, because there is no specific funding for the training or clinical research, the trust has established a Give A Little Page in the hope that New Zealanders will contribute.

If the proof of concept trial is successful, the University will begin a new trial testing for ovarian cancer and Legionnaires’ disease.