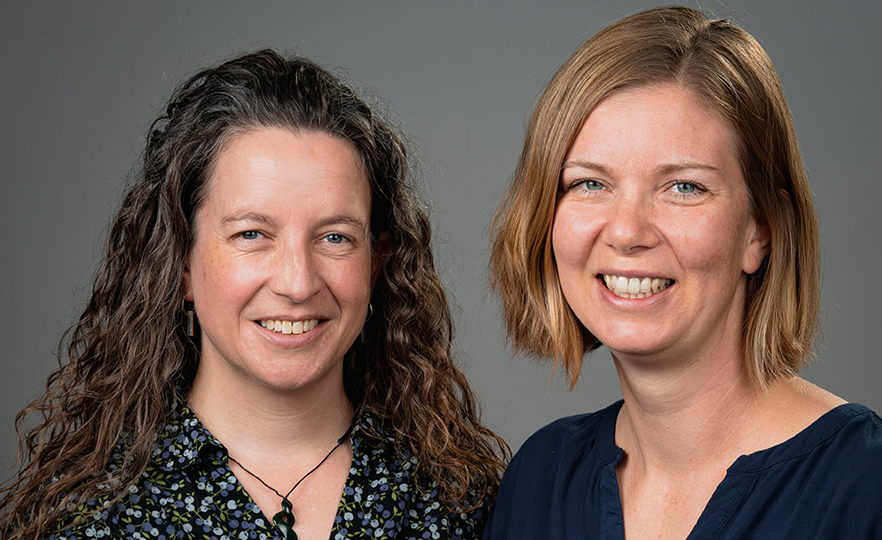 The grants support emerging researchers who are seeking to establish independent careers in health research.

Dr Neumann and Dr Pattison co-lead a laboratory in the University’s Department of Pathology which investigates a protein complex which influences survival from different types of stomach cancer in different ways.

The protein complex is found in many cell types, not just cancer cells, including normal stomach cells, and the supportive and immune cells.

Gastric cancer is treated as one disease, despite there being two main histological subtypes – intestinal and diffuse.

Māori and Pasifika people are more likely to be diagnosed with diffuse gastric cancer.

One reason is the presence of inherited cancer syndromes, such as Hereditary Diffuse Gastric Cancer, but this genetic component does not account for all the increased risk, Dr Neumann says.

“In the clinical trial that described the current gold standard chemotherapy treatment in the curative setting for gastric cancer only about 50 per cent of patients survive for five years after their treatment,” she says.

“So, you can see that there is lots of room for improvement.”

Dr Silke Neumann, University of Otago
Treating gastric cancer according to its biology
36 months, $249,960.66
Cancers originating from the same anatomical location often display distinct characteristics, which influence their interaction with the immune system, the success of treatments and patient survival. Gastric cancer, treated currently as one disease, displays two main histological forms. We have identified two genes encoding an immunoproteasome regulatory subunit, that impact on stomach cancer survival in opposite ways in the two histological forms. We will determine how these genes tip the balance between anti–tumour immunity and cancer progression and how exploiting these genes may improve patient outcomes in both types of gastric cancer. We will use a novel gene tagging technology to establish where in the cell immunoproteasome regulatory subunit genes and proteins are expressed and can be targeted therapeutically. Overall, our goal is to decipher the mechanism behind the opposing effects these genes play in cancer progression and how they could be exploited to improve survival from gastric cancer.

Dr Sharon Pattison, University of Otago
Investigating fibroblast influence on the gastric cancer microenvironment
36 months, $249,942.00
Gastric cancer is more than one disease, having two main subtypes that show markedly different appearances microscopically, yet it is treated as one disease. New Zealand has unique gastric cancer epidemiology, with Māori being one of the few populations that have a higher incidence of the subtype of gastric cancer that shows poorer outcomes and resistance to commonly used treatments. We have identified a protein complex which has known roles in signalling to the immune system that impacts survival from different types of gastric cancer in different ways. Like most solid cancers, gastric cancer is made of more than just “cancer cells” and includes supportive stromal cells such as fibroblasts and immune cells. This project will investigate whether fibroblasts in the tumour microenvironment are influencing survival from gastric cancer through expression of this protein complex, aiming to identify a new avenue for treatment to improve outcomes from gastric cancer.