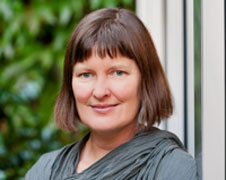 New University of Otago research suggests a need for greater monitoring of pharmaceutical advertising in New Zealand to ensure that the therapeutic claims they make are justified.

In a paper to be published in Friday’s issue of the New Zealand Medical Journal, Otago researchers report that a high proportion of pharmaceutical advertisements in two health professional publications fail to meet New Zealand regulatory requirements that claims “are valid and have been substantiated”.

Senior author Dr Lianne Parkin says that after examining all pharmaceutical advertisements that appeared in NZ Doctor and Pharmacy Today between July 2013 and June 2014, the researchers found that around a third of therapeutic claims cited no supporting evidence and only 35% referred to at least one randomised controlled trial (RCT).

“Furthermore, even though RCTs are the best way to test the effectiveness of drug treatments, they can produce misleading (biased) results if they are not designed and run well,” says Dr Parkin.

Closer analysis showed that in 19% of cases the conclusions drawn in the cited RCT were inconsistent with the advertising claim, and in only 8% of cases was the therapeutic claim supported by an RCT with a low risk of being biased.

“All this presents a problem because many practicing doctors and pharmacists are unlikely to have the time and resources to locate and check the original source material cited in pharmaceutical advertisements,” she says.

The researchers found that of the 78 RCTs cited to support advertising claims, at least 78% were sponsored by the pharmaceutical industry. They also determined that these RCTs were more likely to have a high risk of bias than those not supported by industry funding.

“Our overall findings are consistent with concerns internationally that the therapeutic claims made in some advertisements are not supported by good evidence and might have a negative impact on what doctors prescribe,” Dr Parkin says.

Ma A, Parkin L. Randomised controlled trials cited in pharmaceutical advertisements targeting New Zealand health professionals: do they support the advertising claims and what is the risk of bias? NZMJ. 2015; 128 (1421)