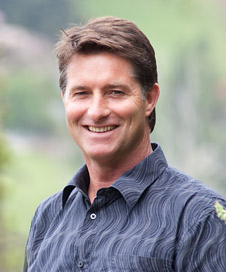 A study of the support and treatment of Māori men with prostate cancer involving University of Otago and University of Auckland researchers has received more than $500,000.

The three-year project, Oranga Tu, is being run collaboratively with Māori communities in Otago and Waikato, with funding of $576,426 from the Movember Foundation.

The study includes a network of specialists and Māori health workers around the country.

Project co-leader Dr Richard Egan, a senior lecturer in the Department of Preventive and Social Medicine, says the study’s aim is to improve the overall health experience of Māori men and their whānau after a diagnosis of prostate cancer.

“It embraces the concept of whānau ora (healthy families) and was inspired by Rea Wikaira, who had terminal prostate cancer and a healthy ahua (spirit). “Rea said, ‘once my wairua (spirituality, soul) was intact, I was able to do anything’.

"Wairua is hardly ever considered as a part of Western healthcare ... we decided to work on improving the whole lives of men and their whānau through focusing on whānau ora."

“Wairua is hardly ever considered as a part of Western healthcare but without it there is no true health so, with Rea’s advice in mind, we decided to work on improving the whole lives of men and their whānau through focusing on whānau ora.”

The project has been designed to support each newly diagnosed whānau to stay connected with the people and organisations that matter the most to them, including family, iwi, church, work and the marae.

Māori men have significantly poorer survival rates than non-Māori and are less likely to participate in screening programmes, visit a GP, and be referred for specialist care.

“There is evidence that prostate cancer services often do not serve Māori men well. This project aims to improve this situation,” Dr Egan says.

The project’s other co-leaders are Māori health specialist Mr Rawiri Blundell (Ngati Porou) and Dr Jacquie Kidd (Ngapuhi), a senior lecturer in the School of Nursing at the University of Auckland.

Movember Foundation Programme Director Cyril Dixon says this is an “exciting opportunity” to work with local indigenous communities in a model that can be applied elsewhere in New Zealand.