HIV diagnoses in New Zealand in 2016 highest ever 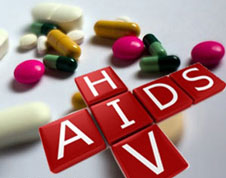 Figures released today by the AIDS Epidemiology Group at the University of Otago show that in 2016, 244 people were diagnosed with HIV in New Zealand – the highest number ever diagnosed in any one year since monitoring of the epidemic began in 1985.

Gay, bisexual and other men who have sex with men (MSM) were the group most affected. Of the 244 people diagnosed, 159 (65 per cent) were MSM, and 42 (17 per cent) were heterosexually infected (similar number of men and women). For most of the remainder, the means of infection was not reported, with only one person infected through injecting drug use, five people infected through either sex with another man or injecting drug use, and there were no children infected around the time they were born.

Dr Sue McAllister, who leads the AIDS Epidemiology Group, says it is concerning that the increase in MSM diagnosed who were infected in New Zealand has increased since 2013, and the number in 2016 (98) was the highest ever.

“The increase in the number diagnosed will be affected by the levels of HIV testing of those at risk. However, we also found almost half of MSM infected in New Zealand had a relatively high CD4 cell count, which suggests that they have been infected relatively recently. The persisting increase of recent infections over the last three years, along with the increase in total diagnoses, suggests a true rise in incidence in recent years.

“While now treatable, HIV infection remains a lifelong condition with significant implications for individuals and financial cost to the health service. It is clear we must tackle this increase in incidence now in order to reverse the trend.

“All of the prevention tools available need to be utilised, such as increasing promotion of condom use, timely testing for HIV after potential exposure, early access to HIV treatment, and screening and treatment for other sexually transmitted infections. Internationally, there is increasing interest in, and use of, new prevention options including giving HIV medication to uninfected people at highest risk of HIV infection, which has also been shown to be effective at preventing infections.”

Dr McAllister adds that “it is also important that efforts are made to combat the stigma about HIV and the groups most affected, as when this exists testing could be discouraged, and people are less receptive to health promotion messages.”

While there were only a small number of HIV diagnoses among heterosexually infected men and women in 2016, it is important for anyone who considers they have been at risk to have an HIV test, she says.