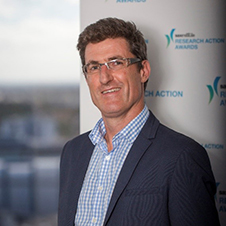 Local governments are failing to consult meaningfully with Māori when it comes to liquor licensing legislation, new research from the University of Otago has found.

In a paper released in the Drug and Alcohol Review today Professor Kypros Kypri, Research Professor for the Department of Preventive and Social Medicine, says legislation introduced in 2012 claimed input would be sought from communities on decisions about alcohol.

The information researchers received from interviews and submissions made by iwi, hapū, and Māori service providers, however, paints a different picture, he says.

“The submitters reported that local governments did not seem to engage meaningfully with the content of their submissions, and failed in many instances to update participants on how the consultation process was progressing,” the paper reads.

“In their response to Māori constituents on proposed alcohol policies, local governments were felt to lack the inclination or capacity to consult meaningfully.”

Professor Kypri says while Māori engaged “in good faith by making detailed submissions requiring technical expertise”, local government often had to be chased up for updates.

He says the alcohol industry, by contrast, had very good access to decision makers.

“The results will not surprise people who know how power works in relation to social and health policy and vested interests,” he says.

“Nonetheless, we hope this will generate action and more genuine work towards the equality between Māori and non-Māori stipulated in the Treaty of Waitangi.”

The research is based on submissions made to local governments and interviews with submitters from iwi, hapū and Māori healthcare-service providers.

The paper used this material to develop hypotheses and searches for discriminatory evidence within interview transcripts and recordings.

“It seems that by devolving responsibility the responsibility of liquor licensing to local government, the Crown has sidestepped its Treaty obligations.”

The paper calls for legislation change to ensure councils undertake genuine consultation with community members to develop Local Alcohol Policies (LAPs), which would be overseen by district licensing committees.

“Communities also need to have access to legal support to defend against appeals by alcohol industry actors against those district licensing committees.”

The research was supported by the Health Research Council.