Introducing flexible sigmoidoscopy screening into the national bowel screening programme would significantly reduce both the incidence and mortality of bowel cancer in New Zealand, new University of Otago research reveals. 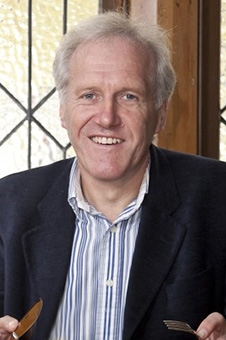 Led by Professor Brian Cox, the research also shows one-off flexible sigmoidoscopy screening for people at some time between 50 to 59 years – an age group for which bowel cancer screening is not currently offered – would reduce demand for colonoscopy and also reduce long-term health system costs.

Taking into account the costs of carrying out the procedure and the need for fewer colonoscopies, Professor Cox and his colleagues estimate overall cost savings of $5.4 million annually would begin after about 10 years of screening using flexible sigmoidoscopy.

Professor Cox says there is very strong randomised controlled trial evidence that carrying out this procedure for people at 55 years of age would be significantly beneficial.

“Inclusion of flexible sigmoidoscopy screening at 55 years of age would provide a major opportunity for people to reduce their risk of developing or dying of bowel cancer. Mortality from left-sided bowel cancer, the majority of bowel cancer, would be only one-third of current mortality.

“Therefore, the addition of flexible sigmoidoscopy screening to the national bowel screening programme would greatly increase the effectiveness of the programme.”

The procedure involves a trained medical professional using a flexible, narrow tube with a light and tiny camera on one end to look inside a person’s rectum and lower colon. The procedure takes about 20 minutes and patients do not have to be sedated, meaning they can return to work, drive or return to home immediately following the procedure.

Professor Cox explains that it is well recognised that nurses can be trained to conduct the procedure and it is estimated only about 18 such screeners would be required to provide this screening in New Zealand.

New Zealand has the highest incidence of bowel cancer in the world among women and the sixth highest incidence among men with about 3,200 people developing the disease each year and 1,250 dying from it annually.

“Canterbury Charity Hospital has shown that a flexible sigmoidoscopy screening programme can be provided in New Zealand to support general practitioners and their patients. This model should be extended to deliver affordable, well-tolerated, safe and effective once-in-a-lifetime screening in New Zealand.”